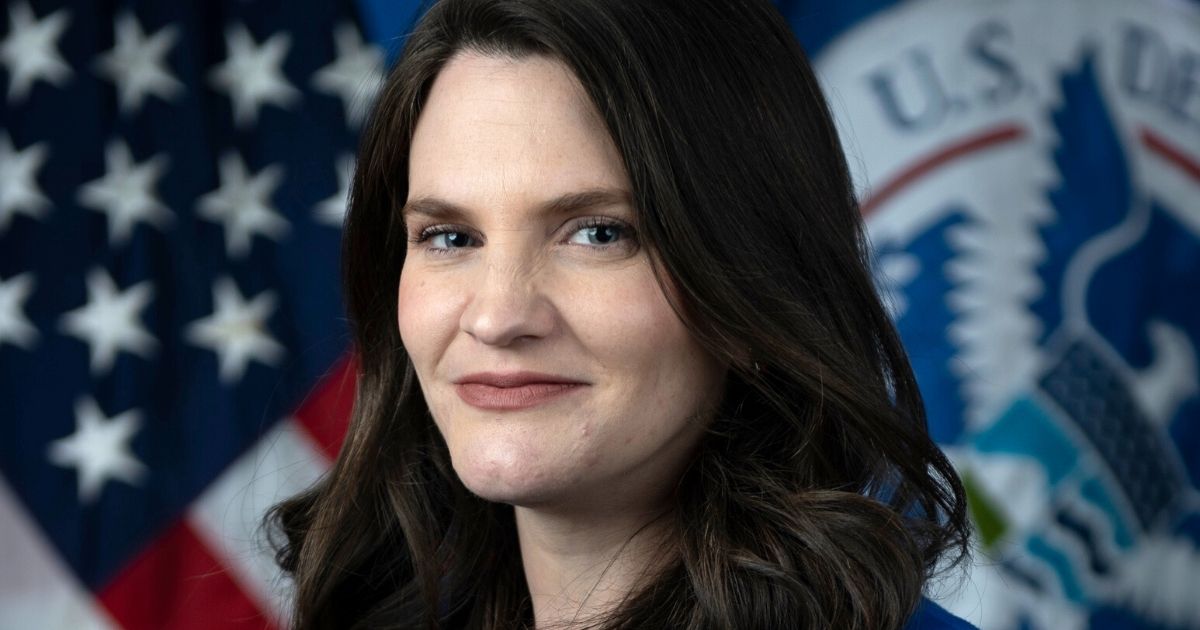 The following article, Biden’s ‘Ministry of Truth’ Head Says as a Verified Twitter User She Should ‘Edit’ Others Tweets, was first published on Flag And Cross.

Canadian psychologist and author Jordan Peterson made a statement that sums up the Biden administration: “If you think tough men are dangerous, wait until you see what weak men are capable of.”

The quote uses men as a stand-in for humanity in general, as weak women are just as dangerous as weak men.

President Joe Biden’s newly minted “minister of truth” Nina Jankowicz appears to be such a woman. She cannot tolerate the expression of an opinion with which she does not agree.

Jankowicz had an idea on how to keep everyone else in line: She and others like her should be able to alter content on Twitter to counteract wrongthink.

Jankowicz is the executive director of the recently created Disinformation Governance Board in the Department of Homeland Security. Before she got the post, she was good at spreading disinformation, such as when she shared the claim that Hunter Biden’s laptop was a Russian operation.

She suggested that because she is one of the anointed “blue checks” who are verified on Twitter (and she makes sure to point out she is the right kind of verified), she and others of her ilk should have the authority to add “context” to comments on the platform they do not like.

“And I am eligible for it because I’m verified,” Jankowicz said in the video shared on Twitter. “But there are a lot of people who shouldn’t be verified who aren’t, you know, legit, in my opinion. I mean, they are real people, but they’re not trustworthy.

“Anyway, so verified people can essentially start to edit Twitter, the same sort of way that Wikipedia is, so they can add context to certain tweets.”

She provided an example, saying that if former President Donald Trump “were still on Twitter and tweeted a claim about voter fraud, someone could add context from one of the 60 lawsuits that went through the court or something that an election official in one of the states said.”

Her co-conspirators nodded in agreement.

Biden’s “Ministry of Truth” director says she wants “verified people” like her to be able to edit people’s tweets so they can “add context to certain tweets” pic.twitter.com/KgMxUn3Hs6

A person who wears a mask on a Zoom call, as one of the participants in the video did, would be the last person I’d want adding context to anything.

Jankowicz railed against “disinformation,” which at this point can be defined as a defensive smear invoked whenever truth and reality conflict with the Democratic agenda.

There is a creepy Justin Trudeau vibe about Jankowicz. Like the Canadian prime minister, she has been seen on numerous occasions being too delighted by her own delightfulness.

Jankowicz and Trudeau believe they prance and perform for our benefit, so we can be delighted too. They lack the self-awareness to see their own cringeworthiness.

These are the people who believe they have the right to control what we say and think.

Twitter has become such a battlefield because large-scale free speech would devastate the powers that be. The fact the Biden administration rolled out a dystopian gambit like the Disinformation Governance Board shows how afraid it is.

Propaganda is the left’s ammunition in the information war. A fair and open debate is too risky. The establishment hopes to defend itself by empowering narcissistic bureaucrats to shut down dissent.

Jankowicz wants to cancel our freedom of speech, and she would do it with a smile on her face and a song in her voice.

Continue reading: Biden’s ‘Ministry of Truth’ Head Says as a Verified Twitter User She Should ‘Edit’ Others Tweets ...