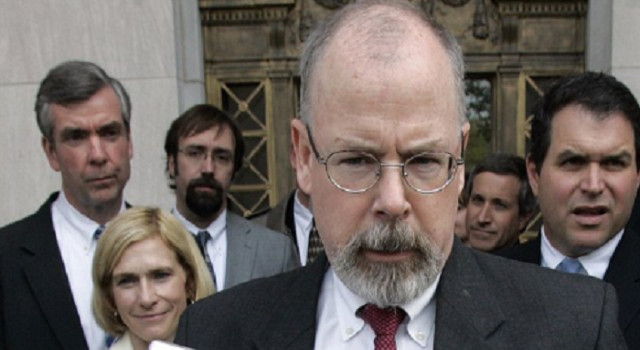 The following article, ‘Steele Dossier’ Group Ordered to Turn Over Documents to Durham Probe, was first published on Flag And Cross.

While much of the nation is obsessed with the surface battles of our political world, an enormous predator lurks just below the choppy wake of Washington.

There, deep in the shadows of our current federal fracas is John Durham, quietly stalking a story that goes beyond the pale in a great many ways, and could expose the dastardly origins of the “RussiaGate” ruse once and for all.

His latest maneuver has now put his probe in position to take a rather large bite out of the left’s Trump-Russia hoax.

Those emails – which are largely exchanges between Clinton campaign lawyer Michael Sussman and Fusion GPS – are part of a batch that prosecutors subpoenaed last year.

The Clinton-aligned lawyer could be in rather sizable trouble.

Sussman is accused of relaying to the FBI concerns from cybersecurity researchers about a potential secret back channel of communications between servers of the Trump Organization and Russia-based Alfa Bank. The FBI investigated the matter but ultimately found no such suspicious links.

Prosecutors allege that Sussmann misled the FBI’s then-general counsel by saying that he was not attending the meeting on behalf of a particular client when he was actually presenting the information on behalf of the Clinton campaign and a technology executive with whom he had worked. Sussman’s trial is set to begin on Monday in Washington’s federal court. He has pleaded not guilty.

Durham’s quiet work could prove haunting to the Democrats, especially if the timing of his disclosure happens to bury whatever “news” the left will attempt to conjure during their public hearings regarding January 6th.