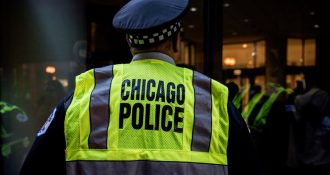 As Chicago’s political climate continues to spiral into left-wing lunacy, and the prosecutor’s office continues to refuse to prosecute criminals, Chicago’s thin blue line continues to get thinner as an unbelievable number of cops have quit the force in the last three years.

More than 2,000 officers have left the force sine 2019, the most the department has ever lost in just a few short years.

The outflow of officers is so bad that department brass canceled vacations and other days off and put many officers on 12-hour shifts.

To make matters worse, 900 officers left CPD while only 51 joined between January and October 2021. This is a stark contrast to 2019, where 619 officers left the force and 444 joined the department. It started to get worse in 2020, with the COVID-19 pandemic and BLM riots, where CPD saw 705 officers leave and 161 join.

“The escape from this job and the tragic things we see on a daily basis, to be able to go on vacation or even just spend time with your family at a barbecue, it is decompression time that is sorely needed,” John Catanzara, president of the Chicago Fraternal Order of Police, told ABC & Chicago.

Three more armed robberies were reported in about an hour last night and they appear to be linked to a week-long crime spree.

Chicago police are also exploring a possible connection between the crew and a shooting last night near The Bean, per a source.https://t.co/shtdFmv9eN