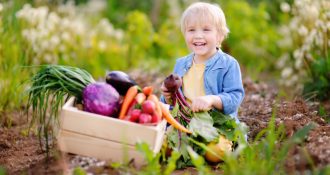 The following article, Grocery Store Prices Soar to Most in 42 Years as Bidenflation Hurts Most Vulnerable Americans, was first published on .

Joe Biden’s failing economy is causing Americans great pain at the grocery store with prices soaring over all more than ten percent, seriously hurting the most vulnerable.

Prices for food and other necessities have climbed to their highest numbers in 42 years, according to Breitbart News.

Food prices rose 9.4 compared with a year earlier, data from the Department of Labor showed on Wednesday. That is the fastest rate of inflation for food since 1981. Grocery store prices were up by even more, 10.8 percent. The broader Consumer Price Index rose by 8.3 percent.

Inflation is now not only running high but it has broadened to an economy-wide phenomenon. Even the kitchen table itself is more expensive. Prices for the category of “living room, kitchen, and dining room” furniture are up 14.9 percent compared with a year ago. They rose 1.1 percent compared with March.

Prices have gone up even worse in particular instances.

Eating out is not a better option. Fast food prices are up 87 percent.

Continue reading Grocery Store Prices Soar to Most in 42 Years as Bidenflation Hurts Most Vulnerable Americans ...