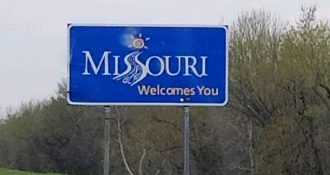 A state panel in Missouri has rebuked George Soros-backed St. Louis Circuit Attorney Kimberly Gardner for multiple ethics violations in her failed political attack on then Governor Eric Greitens in 2018.

In 2018, Gardner pushed a fake case against Greitens for sexual assault and invasion of privacy for taking sexually explicit photos of a girlfriend Gardner said he was abusing.

But Gardner’s case completely fell apart when the supposed victim’s story could not be proven — not to mention that the acclaimed photos turned out not to exist. It became clear that Gardner’s case was just a political attack and had nothing whatever to do with the law.

Sadly, the political attack worked. Greitens resigned from his position as governor.

Now a panel has blasted the Soros-backed leftist prosecutor.

The panel ruled Gardner, whose campaign for St. Louis’ chief prosecutor job was bankrolled by liberal mega-donor George Soros, should receive a public remand for transgressions that included withholding exculpatory evidence from Greitens’ defense and failing to correct a false court filing.

The recommendation, which follows a deal between Gardner and the lawyers disciplinary counsel, now heads to the Missouri Supreme Court. You can read the full ruling here.

The panel ruled that Gardner’s misconduct caused unnecessary expense to the defendant and taxpayers before she dropped charges in 2018 against the GOP governor, admitting she did not have evidence to prove them.

“And in the wake of Respondent’s non-production, already thinly stretched judicial resources were expended to hold several hearings, review motions and pleadings, and issue orders and rulings, all pertaining to documents and evidence that should have been voluntarily produced,” the panel added.

This is a serious and major ruling. But will it make a difference? Probably not. Leftists don’t care how badly they break rules. The end justifies the means.