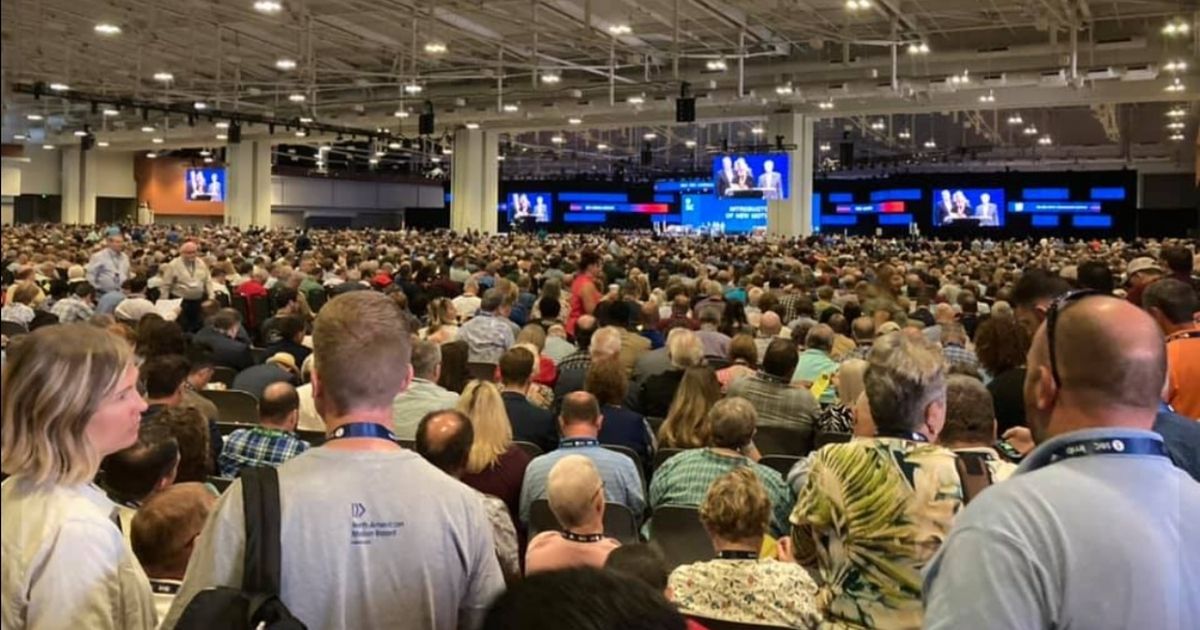 The following article, Op-Ed: If Southern Baptists Don’t Become Activists, They Will Lose Their Denomination to the Woke, was first published on Flag And Cross.

Some 80 percent of Southern Baptists voted twice for Donald Trump. Woke they are not. So why have they been led for the last four years by woke, sermon-plagiarizing presidents who say “sexual sin is only whispered in the Bible”?

Two reasons — (1) the special relationship between Southern Baptist churches and the Southern Baptist Convention and (2) the fact that most Southern Baptists are conservatives. Both factors make mobilization of the un-woke for the upcoming annual meeting of the SBC an uphill climb.

On the ballot come June 12 are the woke establishment’s candidate and the pronouncedly un-woke Florida pastor Tom Ascol. The stakes for the future of the nation’s largest Protestant denomination could hardly be higher. Can conservatives win? Only if the two obstacles mentioned are overcome.

Local church autonomy, though one of the most precious inheritances of Baptists, is not especially suited to inspire concern over denominational goings-on. The SBC exercises precisely zero authority over Southern Baptist churches. Consequently, the SBC lacks the levers to threaten or even inspire fear among rank-and-file Baptists.

Un-woke Baptists must also overcome SBC establishment funding and the mobilization of its underlings to vote woke in June. Factor in the personal sacrifice of time and money a trek to the West Coast would demand of un-funded Baptists and the enormity of the challenge for the un-woke SBC cause looms large indeed.

Sorely needed but also sorely lacking among conservatives is that spirit that thrives so naturally, so spontaneously, among progressives — the activist spirit.

Conservatives mainly want to be left alone and rarely expend much energy in efforts to direct and control the lives of others. Most Southern Baptists want to trust their leaders to do their jobs and free them to do theirs without a lot of time-consuming scrutiny of those charged with rendering faithful stewardship of their denomination. They like to trust. To verify? Not so much.

But does instinctual, conservative non-activism truly characterize Southern Baptists? The answer is — it depends.

British church historian David Bebbington famously defined the evangelical movement according to four characteristics: (1) biblicism, (2) crucicentrism (emphasis on the cross of Jesus), (3) conversionism and, there it is, surprise, surprise, (4) activism! For decades, Southern Baptists have exhibited more of the sort of activism Bebbington references than other comparable Christian groups, including other evangelicals. Many a Presbyterian, Methodist, Anglican or Lutheran pastor, evangelical or otherwise, has desired to see such activism among his own congregants.

Baptist activism comes in two varieties — witness to Jesus and love of neighbor. At a formidable cost in time and treasure, Baptists repeatedly mobilize to share the gospel and perform myriad charitable works of love for neighbors at home and abroad.

Not so long ago, presidents of the United States, in the aftermath of natural disasters such as hurricanes, wildfires, tornadoes and floods, included among the first calls made to mobilize rescue and clean-up efforts not only FEMA and the Red Cross, but also the president of the SBC. Why? Because of the SBC’s demonstrated power to unleash hordes of happy helpers upon people in need at a moment’s notice. From Hugo to Andrew to Katrina and beyond, Baptist activism has been on display for all the world to see.

The most oft-articulated self-characterization by Baptists about their own churches is that they are mission-minded. Never in the history of the SBC has so large a percentage of Baptist congregants made time year after year to participate in expensive, time-consuming mission trips focused on advancing the gospel and offering help to people in need.

But does this fact bode well for Anaheim? Not necessarily. Or at least not apart from careful pastoral education and framing by pastors for the congregations they lead.

What marks both sorts of Baptist activism is this: Each is recognized by participants as an act of obedience to Jesus Christ. Baptists bear witness to Jesus Christ all over the nation and the world, load up thousands of chain saws, drive untold thousands of nails and apply innumerable gallons of paint, not for themselves or for their own churches, but for others.

That same motive — to serve others — is precisely what can drive Southern Baptists to show up to vote for Tom Ascol this June. Baptists won’t go to California for themselves, because they don’t need to. But they will go for the sake of others.

SBC seminaries educate one-third of all ministers in North America, not just Baptists. The presidents of the six SBC seminaries have, to varying degrees, demonstrated neither the knowledge nor the zeal required to protect theological education under their stewardship from the pernicious influence of critical race theory, the LBGT agenda, neo-Marxism and other anti-Christian ideologies. If conservatives don’t show up, the vast SBC establishment and the bureaucracy it directs will win the day for the woke cause — again.

Southern Baptists respond as instinctual non-activists when political aims dominate motivational rhetoric. But when they see an opportunity to serve others in the name of Jesus Christ, they gladly block off time in their calendars and plunk down their dollars to join in. But they need their pastors to help them see this opportunity for what it is.

Continue reading: Op-Ed: If Southern Baptists Don’t Become Activists, They Will Lose Their Denomination to the Woke ...