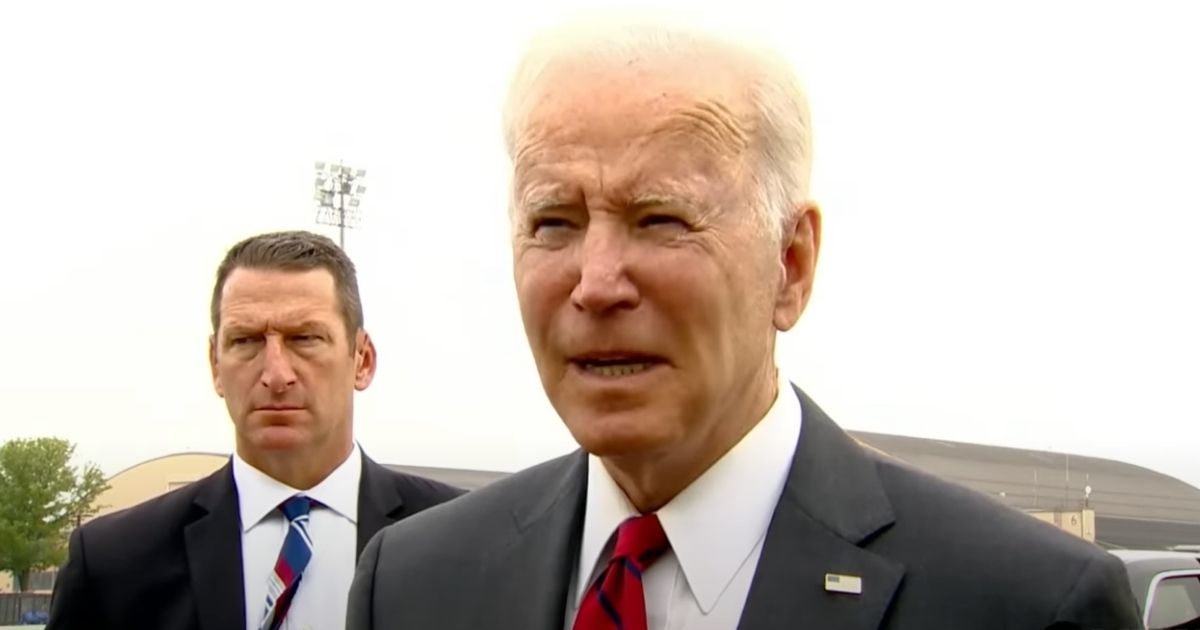 The following article, On Same Day Florida Sen. Rick Scott Said Biden Is Unwell, Biden Calls Him the Senator from Wisconsin, was first published on Flag And Cross.

There is one truth out there that is self-evident: Joe Biden is unfit to serve as president.

On Tuesday, Florida Sen. Rick Scott went ahead and stated it plainly.

“Let’s be honest here. Joe Biden is unwell,” Scott said in a statement.

Fox News reported on Scott’s comments, made before Biden spoke at the White House about inflation.

If Biden wants to actually fix the inflation crisis he created, he should resign. https://t.co/KqrCqgheI2

“It’s simple. The most effective thing Joe Biden can do to solve the inflation crisis he created is resign,” Scott said. “He’s the problem. Getting him out of office is a quick and easy solution.”

Speaking later in the day, Biden tried to change the subject from Scott’s criticisms to Scott’s policy prescriptions. Instead, Biden ended up reinforcing Scott’s observations. Biden, confused and inaccurate again, claimed Scott was a senator from Wisconsin.

While claiming that Republicans want to raise taxes, Joe Biden says that Senator Rick Scott is from Wisconsin.

He is from Florida. pic.twitter.com/KtKrXP71co

As it has had to do before, the White House had to correct the mistake in its official transcript:

“Senator Rick Scott of  [Florida], a member of the Senate Republican leadership, laid it all out in a plan.  It’s the Ultra-MAGA Agenda.”

(To be fair, Biden was at least right about Scott being a member of the Senate leadership: He’s chairman of the National Republican Senatorial Committee.)

Tuesday was not the first time Scott called for Biden to leave office.

In August 2021, Biden embarrassed the country with the poorly planned and executed withdrawal from Afghanistan that led directly to the deaths of 13 American service members and scores of Afghans.

The same month, Scott raised the question of Biden being removed from office through the 25th Amendment. That amendment provides a process for replacing a president if he is incapable of performing his duties.

Biden provides a strong case for 25th Amendment almost every time he makes a public appearance.

In the same speech where he botched the state Scott represents, Biden tried to be snarky about the Florida senator’s comments. When a reporter asked about Scott’s call for him to resign, Biden, responded with what even Democrats should see as a weak effort at sarcasm, saying, “That’s a great idea.”

The president just said I’m from Wisconsin…@JoeBiden is so incapacitated and incoherent, he can’t even keep his states straight.

An incompetent executive is a national security risk. It should be beyond a partisan issue.

However, Democrats value their own power over the good of the country.

Having an incoherent, incapacitated and confused puppet as a lightning rod suites the Democrats. Having Biden installed as president is both a critical part of their “America last” agenda and a distraction from it.

We blame Biden for the appalling conditions we are suffering through, while it’s his handlers behind the scenes who brought us to ruin.

Even if Biden resigned, the unseen handlers would remain would simply get a new incompetent figurehead to be their puppet: Kamala Harris.

That would not be an improvement.