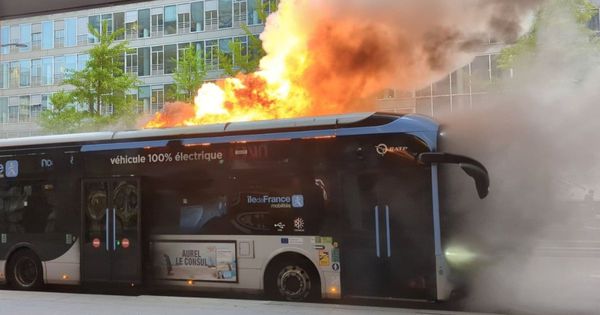 In every bureaucratic state of a left-leaning flavor, whether it be at a national or regional level, there’s invariably an incredible rush to electrify public vehicle fleets.

In the United States, the Post Office has ordered over 10,000 electric delivery vehicles as part of its fleet replacement program. In the United Kingdom, the government gave a $246 million boost (£200 million in U.K. pounds) to reach a target of 4,000 electric buses in the country and, according to a March 2022 announcement on a government website, “comes as consultation launched on ending sale of all new non-zero emission buses from 2025 to 2032.”

(Here at The Western Journal, we’ve pointed out what the mainstream media won’t: EVs don’t make the grade in any of these departments, no matter what they say. We’ll continue to bring America these inconvenient truths — and you can help us by subscribing.)

Mind you, electric vehicles have come a long way from the days of the GM EV1 and other earlier experiments in carbon-free transportation. However, the concerns around fleet electrification don’t just involve the rapidity with which governments are pursuing programs which don’t make environmental, economic or practical sense.

Instead, it’s that a rushed electrification program can have serious consequences if the vehicles aren’t ready for the rigors of the roles they’re expected to perform. In Paris, France, public transport officials found that out the hard way.

According to France 24, dozens of electric buses from state-owned public transportation operator Régie Autonome des Transports Parisiens have been taken out of service due to two of them spontaneously exploding on the road in just one month.

On April 4, a Bollore Bluebus 5SE electric bus caught fire on an upscale Paris street — Boulevard Saint-Germain. That didn’t get much attention, however.

An Electric Bus Caught Fire After Battery Explosion in Paris

Fire consumed an electric RATP bus on April 29 in Paris. No injuries.

The explosion occured on the roof of the bus, where the batteries are located, followed by huge flames that spread quickly to the entire bus. pic.twitter.com/y4jFwCxaCY

#Update: Just in – Video of the Fire of the electric driven bus in #Paris today. #France pic.twitter.com/FXYQnBF7qw

That’s one large battery fire. In fact, it took roughly 30 firefighters to put it out.

“The bus driver immediately evacuated all the passengers. Nobody was hurt,” RATP said.

However, 149 buses were immediately taken out of service — which makes sense, considering there were two huge fires in a month.

“Bluebus is part of the sprawling empire of French billionaire Vincent Bollore, whose interests range from transport and logistics to media, generating around 24 billion euros ($25 billion) per year in revenue with 80,000 employees,” France 24 reported.

“Bollore’s 12-metre (39-foot) electric buses are a familiar sight on the streets of the French capital, emblazoned with the words ‘100 percent electric vehicle.'”

And it was definitely emblazoning, let me tell you.

In all seriousness, this is part of the electrification quandary. At the point where two public transit buses catch fire in rather spectacular fashion because the manufacturer says it has battery problems, one wonders why the manufacturer was granted the contract in the first place. Electric vehicle startups are to 2022 what tech startups were to 1999.

The difference is, when Pets.com failed and the online diaper-delivery startups were deservedly consigned to the dustbin of corporate history, nothing blew up. The same can’t be said for the Bollore Bluebus 5SE electric buses.

Perhaps Bollore will work out the kinks quickly and all will be well. However, after viral videos of one of these EV buses burning like a crashed plane, I doubt there will be many Parisians eager to hop aboard again.