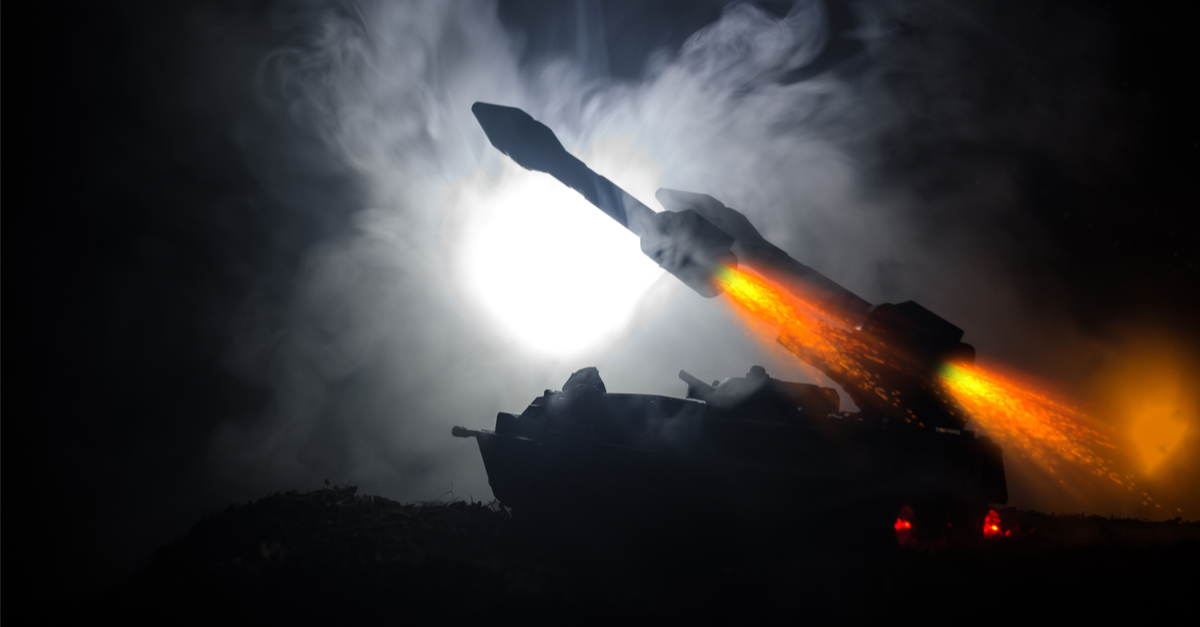 Over the course of the last several years, the world arms race seems to have been fixated upon one thing and one thing only:  Hypersonic missiles.

These devices can deliver a mighty payload, (either nuclear or conventional), in the blink of an eye, traveling at several times the speed of sound and presumably evading even the most stout missile defense systems on the planet.  (The US has been a bit coy about their alleged ability to defend agains them, however).

But now, amidst a fairly conventional war in Ukraine, the Kremlin is deploying similar rare and expensive projectiles in Odesa, leaving many to wonder just what state the Russian military is in.

Ukraine’s ability to stymie a larger, better-armed Russian military has surprised many who had anticipated a much quicker end to the conflict. With the war now in its 11th week and Kyiv bogging down Russian forces and even staging a counteroffensive, Ukraine’s foreign minister appeared to suggest the country could expand its aims beyond merely pushing Russia back to areas it or its allies held on the day of the Feb. 24 invasion.

Here is where it gets odd:

Ukraine alleged at least some of the munitions used dated to the Soviet era, making them unreliable in targeting. Ukrainian, British and U.S. officials say Russia is rapidly using up its stock of precision weapons, raising the risk of more imprecise rockets being used as the conflict grinds on.

There were even unconfirmed rumors that hypersonic missiles had been used in Ukraine, which would suggest that Russia is simply using whatever they can get their hands on as their invasion continues to fail.