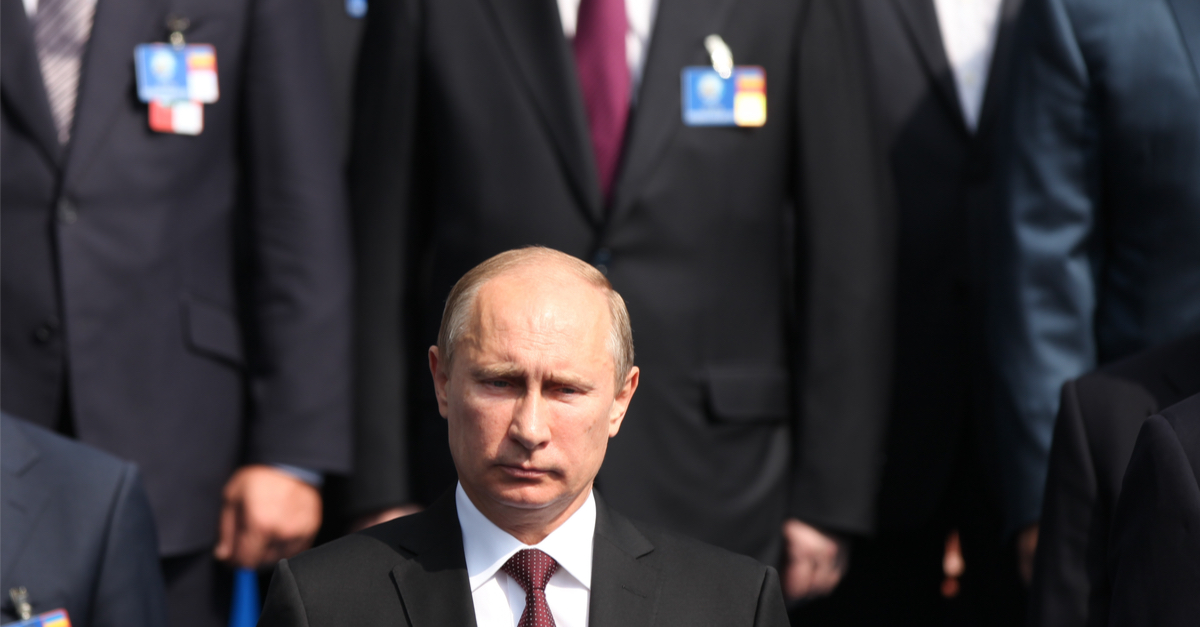 Judging by the way in which Vladimir Putin has conducted himself during this invasion of Ukraine, there are many observers who are under the impression that the Russian leader has no plans to survive the conflict – whether that be politically or personally.

Putin has been giving nihilistic answers to some of the basic questions about the invasion, and his Kremlin cronies are repeating his talking points and figuratively sticking their fingers into their ears when confronted by the international community about it.

Kremlin sources are now claiming that Putin may be dying of cancer, and a recent photo of the tyrant at Russia’s “Victory Day” parade have rumors swirling again.

VLADIMIR Putin sat watching his meagre military parade with a thick green blanket across his legs as rumours continue to swirl around his health.

The Russian president was one of the only attendees using the covering as he sat amongst elderly World War 2 veterans while Russian celebrated Victory Day.

Putin was seated wearing a buttoned up black puffer jacket with a victory ribbon tied his chest as he watched soldiers and military vehicles roll by in Moscow’s famous Red Square.

But across his legs was a thick green blanket, which had been left for him on his seat when he first arrived at the viewing platform.

It is believed to have been around 9C at the time.

That is right around 50 degrees Fahrenheit.

Photos of the ill-appearing leader were soon circulating online.

Puffy and surrounded by elderly soldiers only Putin gets a lap blanket… pic.twitter.com/uzPtWDZ5Tg

Putin is not only believed to be suffering from terminal bowel cancer, but there are persistent reports that the Russia President is also inflicted with Parkinson’s Disease.