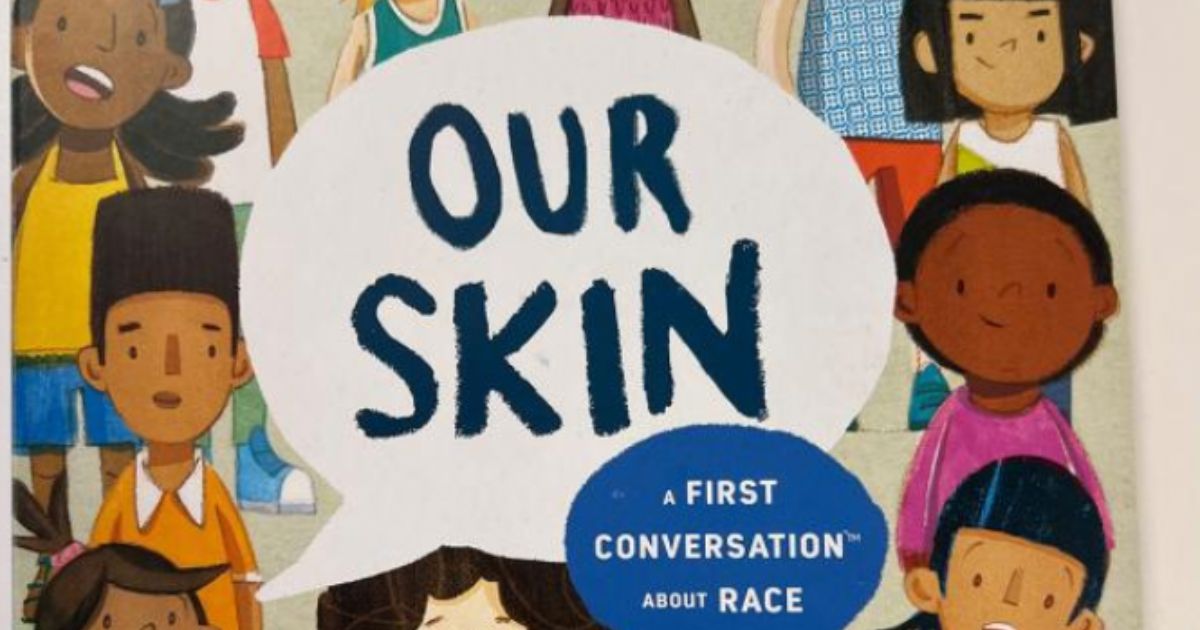 Whites invented the concept of race in order to get more than everyone else, according to a book used in New York City schools.

The book “Our Skin,” aimed at children between the ages of 2 and 5, has been distributed in at least three schools, according to the New York Post. The book was written by Harlem activist Megan Madison and library worker Jessica Ralli.

The book said race was designed by whites.

“A long time ago, way before you were born, a group of white people made up an idea called race. They sorted people by skin color and said that white people were better, smarter, prettier, and that they deserve more than everybody else,” the book claimed.

Kids’ book for children as young as 2 in New York City schools blames racism on white people https://t.co/lE4cgFnhsI via @nypmetro

The page that the text appeared on shows a display of skulls.

The text then said, “That isn’t true or fair at all!” with a picture of  a “Caucasian” man holding up the “Most beautiful skull.”

“That page alone in my mind is just preaching hate,” he said

The Post recounted the reaction of a man with a child in a Manhattan school, who was not named in the article, that said there was “an excerpt from [the book] that I think is so damaging that it should disqualify the whole book.”

Maybe they should have given the kids….History books instead….

Chien Kwok, a parent leader and member of the Community Education Council in Manhattan’s District 2, said the book should be optional.

“The DOE should be sensitive to the fact that not every family will agree with what’s age appropriate,” Kwok said. “They need to be transparent and have a way of opting out and providing alternatives that families are comfortable with — especially in the younger ages.”

Our children should learn all of our history, the good and the bad. But not that America is evil or to hate each other based on skin color. CRT creates a false narrative that every system is inherently racist. False! I will fight to ensure woke madness stays out of our schools.

Elana Fishbein, head of the group No Left Turn in Education, said the book is a piece of propaganda.

“Nobody can tell you they’re not teaching CRT,” she said, referring to critical race theory.