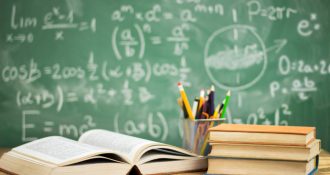 For more proof that America is headed for a red wave in this year, a slate of 10 conservative, anti-Critical Race Theory candidates ousted their left-wing opponents from the Austin, Texas, school board this week.

Eleven conservatives ran for the school board and only one lost, but it was a landslide and flipped the board from leftists to majority conservative.

According to the liberal https://www.texastribune.org/2022/05/08/tarrant-county-school-elections-pac/Texas Tribune:

All but one of the 11 Tarrant County conservative school board candidates, who were backed this year by several high-profile donors and big-money PACs, defeated their opponents during Saturday’s statewide election, according to unofficial election results. The one candidate backed by the groups who didn’t win outright advances to a runoff election in June.

The 10 candidates won the school board races for the Grapevine-Colleyville, Keller, Mansfield and Carroll school districts.

Add this to Trumps record of winning 55 out of 55 endorsements to date and we have a very key indication of where these elections are going.

But don’t get complacent, Republicans. You have to actually vote to win.