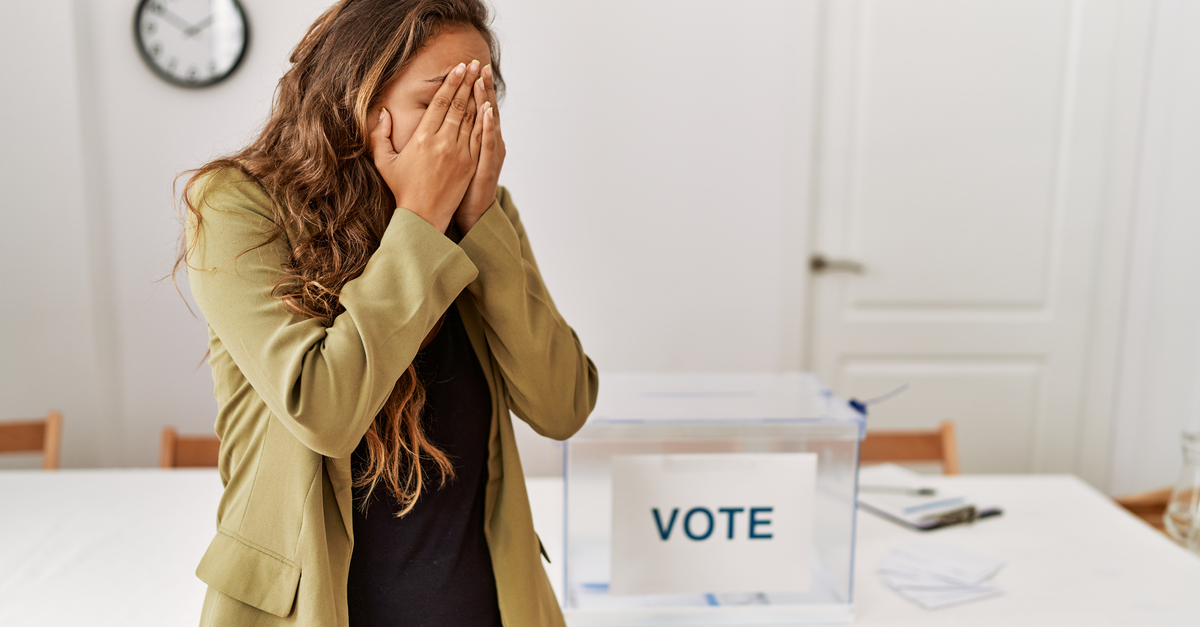 The following article, Disheartened Democrats Admit Their Efforts Against ‘Unstoppable’ DeSantis Are Futile, was first published on Flag And Cross.

Democratic insiders speaking to Politico acknowledged there are concerns within the party that whoever wins its gubernatorial primary election likely won’t be able to unseat incumbent Republican Florida Gov. Ronald DeSantis in November.

“DeSantis seems unstoppable. He has $100 million in the bank, and we have three Tier B candidates I think a lot of people lack confidence in,” a Democratic fundraiser told the outlet on the condition of anonymity. “I could be wrong, but I don’t think I am.”

Politico’s forecast of the Sunshine State’s gubernatorial election assesses that the next governor will be “Likely Republican.”

“Florida has been trending Republican, and the GOP has the wind at its back in this year’s midterm — all suggesting DeSantis may not face the kind of nailbiter he did in 2018,” chief election reporter Steve Shepard noted.

According to Shepard, when one measures the potential candidates for the gubernatorial elections against the criteria of incumbency, fundraising and long-term trends, the playing field favors the Republican Party.

DeSantis is yet to find out the primary challenger to his second term as governor of the country’s fourth-richest state by gross domestic product. The Democratic primary featuring U.S. Rep. Charlie Crist, Agriculture Commissioner Nikki Fried and state Sen. Annette Taddeo of Miami will be held in August.

But Politico reported that no matter which of them wins, some operatives and loyal members of the Democratic Party don’t see a realistic chance to deny DeSantis a second term.

In fact, the outlet reports a general air of pessimism among Democratic insiders. The party’s contenders are seen as a weak slate, and that perception, alongside DeSantis’ popularity, has driven away potential national donors from pouring their money into the race.

Furthermore, Democrats have not held the office of Florida governor for more than two decades. The last Democratic governor was Buddy MacKay, who was in office between late 1998 and early 1999. (Crist was governor from 2007 to 2011, but he was a Republican at the time.)

This absence of a Democratic governor at the state’s helm has reduced the party’s influence on the state’s politics, according to Politico.

Significant factors contributing to Biden’s tanking popularity numbers are his botched withdrawal of U.S. forces from Afghanistan, soaring gas prices due to insufficient production to meet local demand, and inflation.

The biggest challenge to Democrats is DeSantis’s popularity and personal charisma. The 43-year-old governor earned widespread acclaim within the state and across the country for his willingness to confront Democrats and other interests on issues ranging from COVID-19 lockdowns to sexuality and gender instruction in schools.

Most notable of his many achievements are his signing of bills to address the fatherhood crisis in the state and to ban abortion after 15 weeks post-conception and his confrontations with big businesses such as the Walt Disney Co. and Big Tech corporations.

Additionally, Florida’s congressional maps were recently redrawn in a way that would slash four Democratic seats and deliver a 20-8 majority to Republicans, according to data published by Politico’s redistricting tracker.

“It is getting more difficult to make the Florida case to national donors,” former Democratic consultant Ben Pollara said, according to the outlet.

“The DeSantis thing is kind of a blessing and a curse. He is perceived as really strong ahead of a potential presidential run, which could scare people off, but also some Democrats really want to knock him off before he gets to that point,” Pollara said.