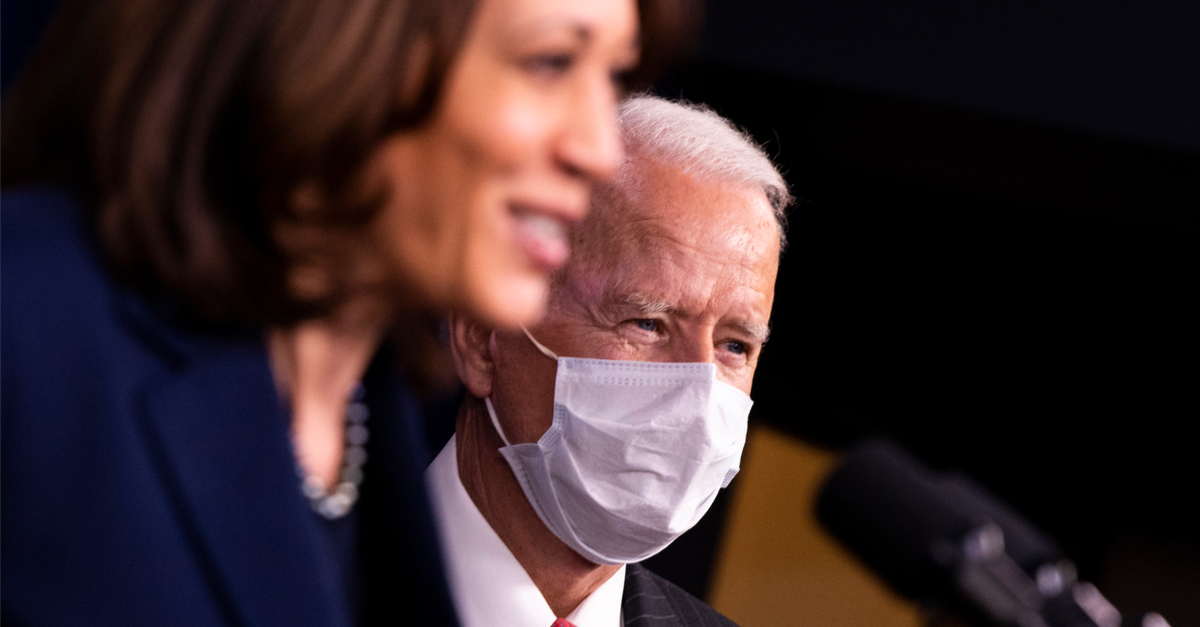 The following article, VP Pulling Away from Appearances with POTUS as 2024 Rumors Persist, was first published on Flag And Cross.

Joe Biden and his press team have repeatedly suggested that he’ll be running for office again in 2024, but there are few on the Democratic side of things who know why.

The president has had horrid approval ratings throughout his time in office, and, judging by the way Democrats are dragging him on Twitter, he’s going to be lucky to get through the primaries without the help of the party overlords.

It seems as though Vice President Kamala Harris has gotten the hint, and her latest refusal to participate in Presidential public appearances could be a sign of potential 2024 trouble.

“The vice president has been increasingly wary of becoming part of the public face of the administration’s response,” Playbook said, noting that the progressive wing of the Democrat Party has been calling for more aggressive forgiveness of student loans.

The report said that the “delicate politics” represent a larger disagreement over loan forgiveness among members in the Biden administration.

The decision was torn to shreds in the press:

The Washington Free Beacon’s Chuck Ross tweeted “Amazing” in response to the report.

“Team player,” he continued. “Curious what she thinks her next step in politics is. Don’t think POTUS is in her future. Maybe San Fran mayor.”

American Commitment president Philip Kerpen joked, saying, “She thinks she has a long-term,” along with multiple crying laughing emojis.

Rachael Larimore, the managing editor at The Dispatch, also responded to the report. “The more debt that is forgiven, the more the policy is REGRESSIVE, not PROGRESSIVE,” she said.

Biden had previously insisted that Harris would be his running mate again in 2024, but this latest report certainly casts some doubt on that possibility.

Continue reading: VP Pulling Away from Appearances with POTUS as 2024 Rumors Persist ...