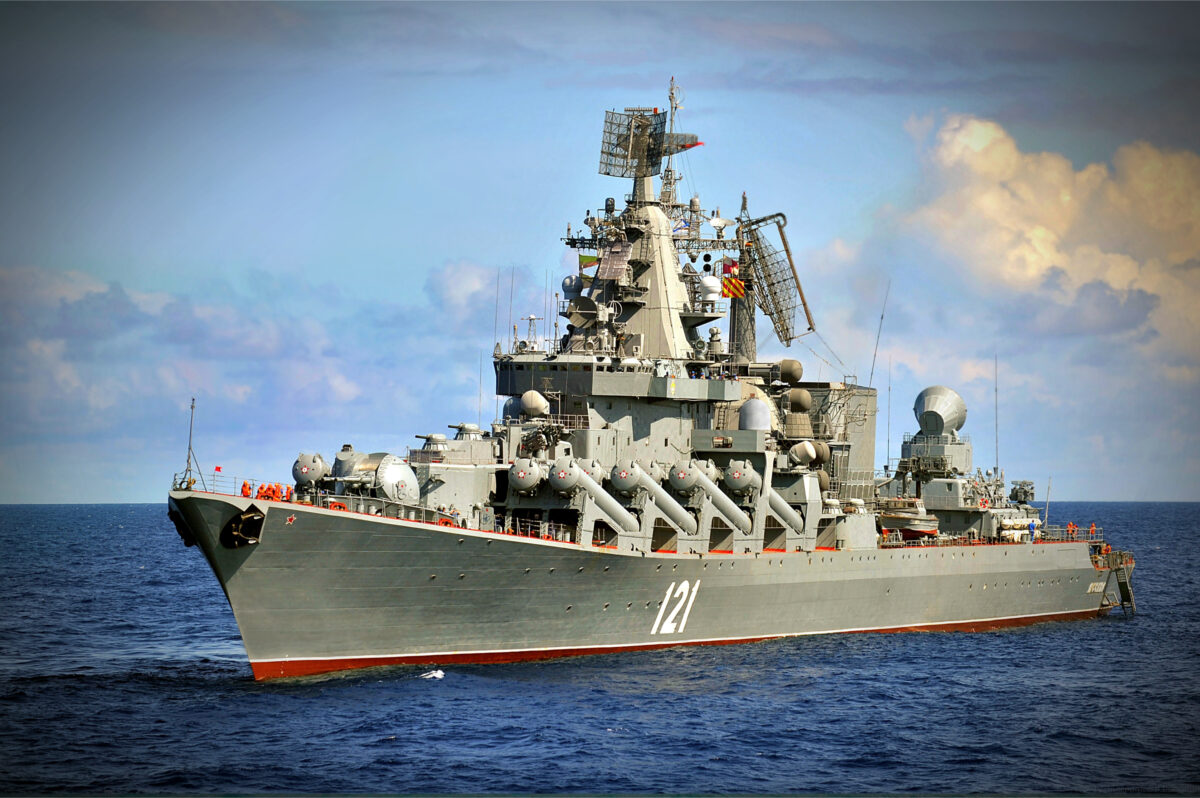 The following article, US Intel Helped Sink Moskva, Russia’s Flagship in Black Sea, was first published on Flag And Cross.

The resistance that Ukraine has mounted against their Russian aggressors has been courageous, sure, and there is no reason not to celebrate that for what it is.  But it has also been incredibly effective on a literal military level; not just in the feels.

Take, for instance, Ukraine’s sinking of the Moskva, Russia’s flagship naval vessel in the Black Sea.  This was such an embarrassing loss for Russia that they refused to admit that it was a Ukrainian missile that sunk it, attributing the loss to a fire of unknown origin.

As it turns out, the United States played a little hand in that action as well – a fact that will almost surely enrage Vladimir Putin.

A guided missile cruiser carrying a crew of 510, the Moskva was the flagship of Russia’s Black Sea Fleet. It sank on April 14 after being struck by two Ukrainian Neptune anti-ship missiles, U.S. officials said. Moscow said the vessel sank after a fire. The Moskva was the largest Russian warship sunk in combat since World War II. American officials said there were significant Russian casualties, but they don’t know how many.

The chain of information was a simple one.

The attack happened after Ukrainian forces asked the Americans about a ship sailing in the Black Sea south of Odesa, U.S. officials told NBC News. The U.S. identified it as the Moskva, officials said, and helped confirm its location, after which the Ukrainians targeted the ship.

US forces were quick to point out that no American military forces were a part of the decision-making process in Ukraine, and that we acted merely as eyes in the sky.

Russia has consistently attempted to keep western nations from involving themselves in the war by threatening nuclear armageddon.