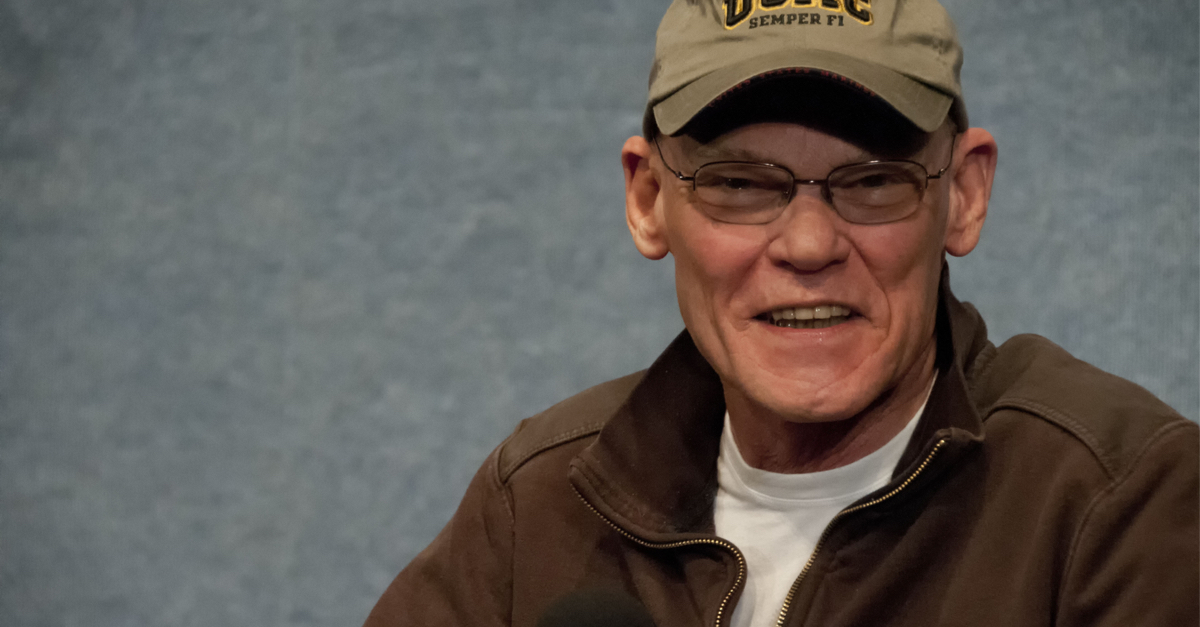 The following article, Carville Goes on Unhinged Rant About ‘Vegans’ and ‘Pronouns’, was first published on Flag And Cross.

The Democrats are in trouble, this much we know for sure.  They have a pivotal election coming up in November, and the outlook isn’t good.

This is the sort of situation that attracts extra cooks to the kitchen, as everyone in the party looks to grab a little slice of power for themselves.  (I guess it’s more like extra ‘executive chefs’ in the kitchen in that way).

In either case, the far-left is at war with the moderates, much like the hippies battled the squares all those decades ago, except this time, the ones on the progressive end of things aren’t all flower power and free love.  They’re social justice warriors and virtue signalers, who value being celebrated for their contribution to the world more than they value their role as a public servant.

This has old-school Democratic strategist James Carville furious, and he unleashed his wrath during a recent appearance on CNN.

Democratic strategist James Carville said Thursday on CNN’s “OutFront” that if the Supreme Court overturned 1973’s Roe v. Wade decision, Republicans were “justified” in not fearing Democrats who “sit around and talk about veganism and pronouns.”

Burnett said, “So what Democrats have been talking about, now look, it’s 48 hours past the Roe vs. Wade news, so who knows where things are going to go, but they say we’ll motivate our base on this. Hillary Clinton went on CBS and talked about it — that the outrage that people will feel will get people to come to the polls. Do you think that’s true?”

The ragin’ Cajun was true to moniker here.

Carville said, “Well, I don’t know. I’m like a lot of dads today, been fielding calls from angry and distraught daughters. I think that’s going on in all over the United States. To date, they have no fear of Democrats. That’s why they do this. Democrats, you have to understand how significant this is in politics. Democrats have won the popular vote in seven out of the last eight presidential elections. Roe is over 2-to-1 in approval. And Alito and them said they say we don’t care, we’re not fair, and we don’t care. All Democrats are going to do is sit around and talk about veganism and pronouns. To some extent, that is a justified opinion they have.”

Schadenfreude sure is delicious, and the GOP will surely have plenty to feast upon as the 2022 midterms continue to drive a wedge into the heart of the Democratic Party.

Carville seems to be unhinged but he is a brilliant political pundit and we should heed his words.