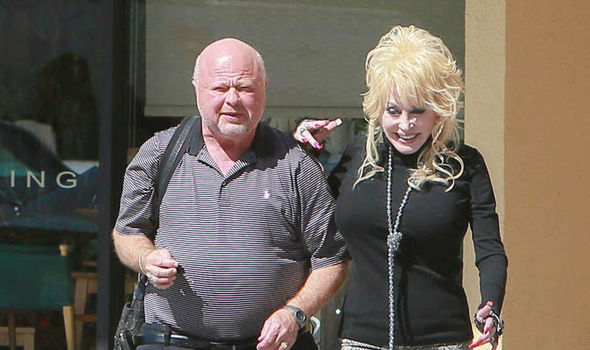 The following article, Rock & Roll Hall of Fame Announces Dolly Parton Will Be Inducted Even Though She Didn’t Want In, was first published on Flag And Cross.

Parton, who in March said she did not think she should be inducted into the Rock & Roll Hall of Fame, was among those voted into the hall this year, according to the Los Angeles Times.

“I never considered myself a rock artist,” Parton said.

In March, Parton said that although she was “extremely flattered and grateful to be nominated” she did not believe she had “earned that right” to be in the Hall of Fame.

In a Twitter statement, she said she did not want to take someone else’s place.

The Hall of Fame said it was too late to remove her from the ballot.

“Dolly’s nomination, along with the other 16 for the Class of 2022, was sent out earlier this month to our 1,100 general ballot voters, the majority of whom are artists themselves, for induction at our ceremony,” the Hall of Fame said at the time, according to Fox News. “We are in awe of Dolly’s brilliant talent and pioneering spirit and are proud to have nominated her for induction into the Rock & Roll Hall of Fame.”

Parton later moderated her view, saying she would “accept gracefully” if voted into the hall of fame.

.@DollyParton is entering the Rock & Roll Hall of Fame. Here’s why she deserves it. https://t.co/Gf9mtD6mRN

“It was always my belief that the Rock & Roll Hall of Fame was for the people in rock music, and I have found out lately that it’s not necessarily that,” she said in an NPR interview, according to The New York Times.

“[I]f they can’t go there to be recognized, where do they go? So I just felt like I would be taking away from someone that maybe deserved it, certainly more than me, because I never considered myself a rock artist,” she said.

“My perception, and I think the perception of most of America — I just feel like that’s more for the people in rock music,” Parton said in a subsequent interview, according to the Los Angeles Times.

“I’ve been educated since then, but I still didn’t feel right about it. It … would be like putting AC/DC in the Country Music Hall of Fame. That just felt a little out of place for me,” she said.

Beck, A Tribe Called Quest, Kate Bush, Devo, Fela Kuti, the MC5, the New York Dolls, Rage Against the Machine and Dionne Warwick were among those acts that were on the ballot, but will not make the hall of fame this time around.

The Early Influence Award will be given to Harry Belafonte and the late Elizabeth Cotten.

The induction ceremony will be held on Nov. 5.

Continue reading: Rock & Roll Hall of Fame Announces Dolly Parton Will Be Inducted Even Though She Didn’t Want In ...