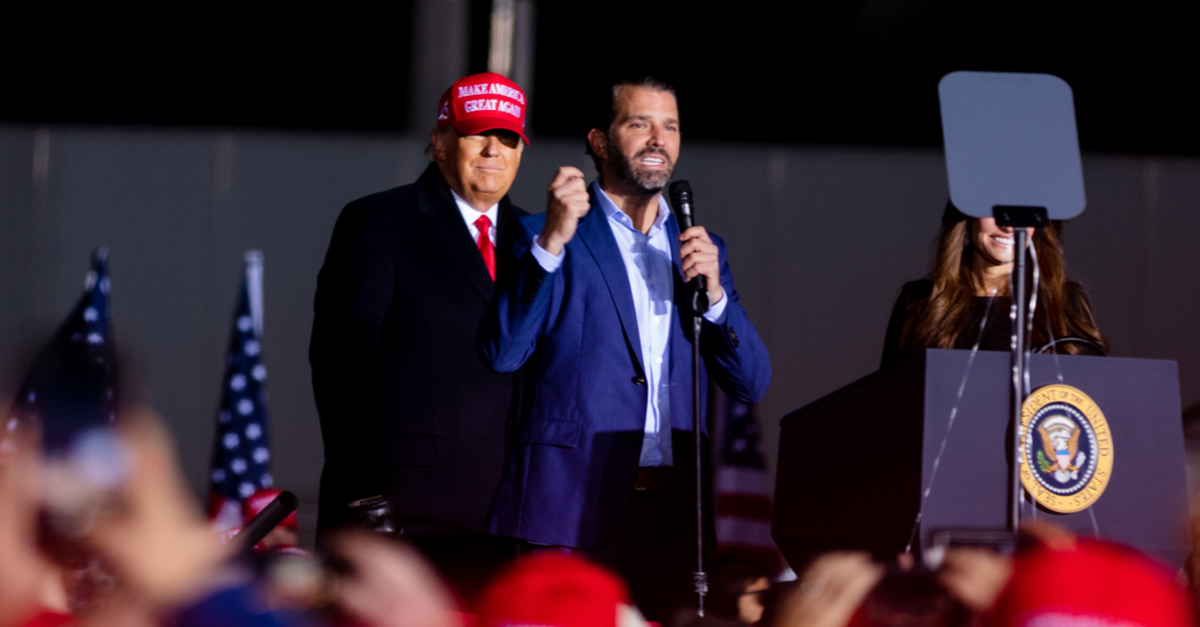 The committee who has tasked themselves with investigating the events of January 6th, 2021 promised the nation early on the their probe would not be a simple rehashing of Donald Trump’s 2nd impeachment trial, in which he was summarily acquitted on charges of “inciting” an insurrection.  Instead, they suggested that they would engage in a wide-ranging investigation into what happened on the ground that day, peering behind the curtain of alleged planning of the Capitol siege.

But there’s no escaping reality at this point.  The committee, who fears that they’ll be unceremoniously dismissed as the almost-inevitable “red wave” descends upon Congress after the 2022 midterms, has instead decided to focus their efforts on the Trump White House, the former President’s inner circle of advisers, and his family.

The latest to take the stand was Donald Trump Jr.

Those hoping for revelations of any sort will need to be patient.

Appearing by videoconference for two hours, Trump Jr. spoke to the panel voluntarily, the source said, adding that the discussion was “pretty uneventful.”

At least three other members of the Trump family have been interviewed by the committee, including Donald Trump Jr.’s fiancée Kimberly Guilfoyle, his sister Ivanka Trump, and Ivanka’s husband Jared Kushner.

The GOP fears that the untethered scope of the investigation will lead to an all-out fishing expedition in which the committee will seek any sort of damning information that they can to help their 2022 midterm chances.