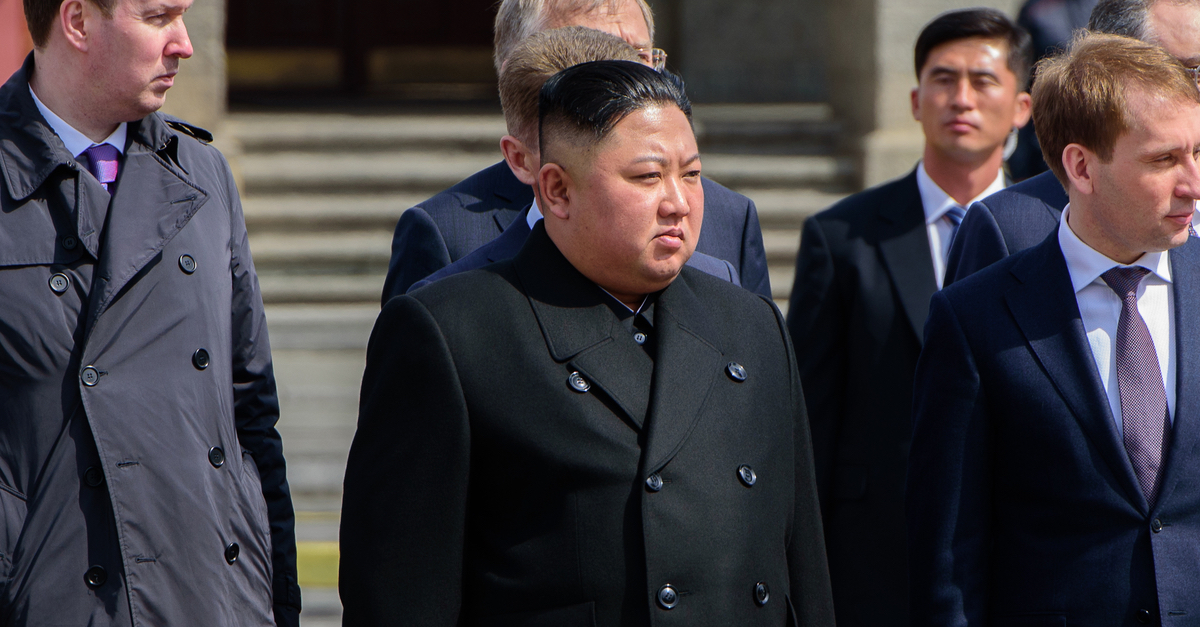 The following article, North Korea Warns Preemptive Nuclear Strike Is on the Table Now, was first published on Flag And Cross.

A world already on edge from Russia’s invasion of Ukraine — and Russian leader Vladimir Putin’s subsequent hints at using atomic weapons as the conflict drags on – is now enduring some more nuclear saber-rattling from North Korean leader Kim Jong Un.

The Hermit Kingdom’s dictator on Saturday repeated his warning that his government could “preemptively” use its nuclear weapons to counter hostile forces, France 24 reported per the Korean Central News Agency, the state media mouthpiece of North Korea.

Kim advocated North Korea continue building up its military weapons in order to have “overwhelming military muscle that no force in the world can provoke.”

He then went on to call the nation’s nuclear arsenal a “lifeline guaranteeing the security of our country.”

The North Korean leader’s latest bluster echoes remarks he made at a military parade Monday in the nation’s capital, Pyongyang.

Kim said he could use nuclear weapons if the nation’s “fundamental interests” were threatened.

The parade was a celebration of the 90th anniversary of the founding of the Korean People’s Revolutionary Army and showcased strategic weapons, including the Hwangsong-17 intercontinental ballistic missile and a new submarine-launched ballistic missile.

Despite a number of countries and international bodies having imposed harsh sanctions against North Korea, the communist nation has only accelerated plans to build up and modernize its military.

North Korea has launched a number of missiles this year in weapons tests, using a pause in diplomacy to expand its military capabilities while simultaneously attempting to leverage its bellicose rhetoric and provocative rocket firings into concessions from the administration of U.S. President Joe Biden.

In March, Nork Korea test fired an intercontinental ballistic missile at full range for the first time since 2017.

South Korea’s President Moon Jae-in at the time characterized the launch as a “breach of the suspension of intercontinental ballistic missile launches promised by Chairman Kim Jong Un to the international community,” in a statement cited by France 24.

Also, satellite imagery showed indications of activity at a North Korean nuclear testing site for the first time in years.

Potentially complicated matters in an already tense situation is a change of leadership in South Korea. Yoon Suk-yeol won the presidential election on Mar. 9 and is scheduled to assume office on May 10.

The spate of missile tests and Kim’s aggressive language underscored his willingness to attempt to force the U.S. to accept his country as a nuclear power and remove crippling economic sanctions.

That translates into a situation in which it’s unlikely Kim would be interested in talking with Seoul’s new government, Leif-Eric Easley, a professor of international studies at Ewha University in Seoul, told France 24.

“Kim’s remarks demonstrate no interest in engaging with the incoming Yoon administration in South Korea or restarting denuclearization talks with the United States,” he said.