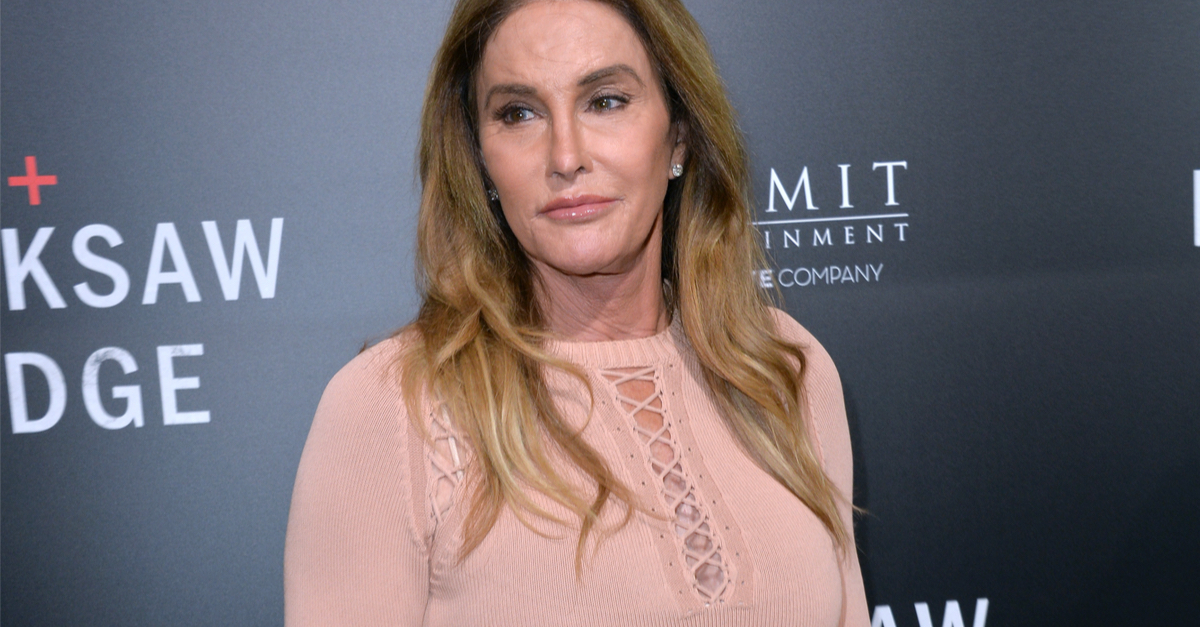 The following article, Caitlyn Jenner Calls Out Lia Thomas: ‘One of the Worst Things That Happened to the Trans Community’, was first published on Flag And Cross.

Caitlyn Jenner, one of the most famous transgender names in the world, this week lamented that the saga of trans college swimmer Lia Thomas has been “one of the worst things that happened to the trans community.”

Jenner, of course, won Olympic gold in 1976, competing as Bruce Jenner. In 2015, he announced that he was “transitioning” to become a woman and changed his name to Caitlyn.

But even as a trans leader, Jenner is not at all happy about Thomas dominating women’s college swimming.

“Lia Thomas is one of the worst things that happened to the trans community because it’s such bad publicity,” Jenner told Morgan on Thursday.

Lia Thomas, born as a male named William, competed on the University of Pennsylvania men’s swim team for nearly three seasons before “transitioning” and switching over to the women’s team.

On the men’s team, William Thomas was unremarkable. However, once he began competing on the women’s team, the sky was the limit. His sudden success culminated in an NCAA championship in the women’s 500-yard freestyle.

Thomas’ dominance brought with it an avalanche of criticism over the unfairness of it all. Jenner apparently feels the backlash has set the transgender cause back.

This is not the first time Jenner has spoken out against Thomas competing as a woman. In March, he tweeted that the swimmer who came in second to Thomas at the NCAA championships was the real winner of the event.

In March of last year, Jenner said that boys should not compete against girls.

“This is a question of fairness,” Jenner said. “That’s why I oppose biological boys who are trans competing in girls’ sports in school. It just isn’t fair, and we have to protect girls’ sports in our schools.”

Like Thomas, Jenner may suffer from gender confusion. But at least Jenner hasn’t lost all touch with truth and reality.

Men should not be allowed to compete against women. As Jenner correctly noted, it simply isn’t fair.

Continue reading: Caitlyn Jenner Calls Out Lia Thomas: ‘One of the Worst Things That Happened to the Trans Community’ ...

C’mon man! I remember when DNA tests were used to determine sexual acceptance in sporting events.

Bruce is trying to stay relevant

As a biologically born female I find this horribly condescending. Like so many other areas in life, men seems to think they are better at everything and now trans women think they are better at being female than I am. There is nothing special about being a woman anymore. It is a complete reversal of that old comedy sketch, “Anything you can do, I can do better, I can do anything better than you.” I am completely disgusted.