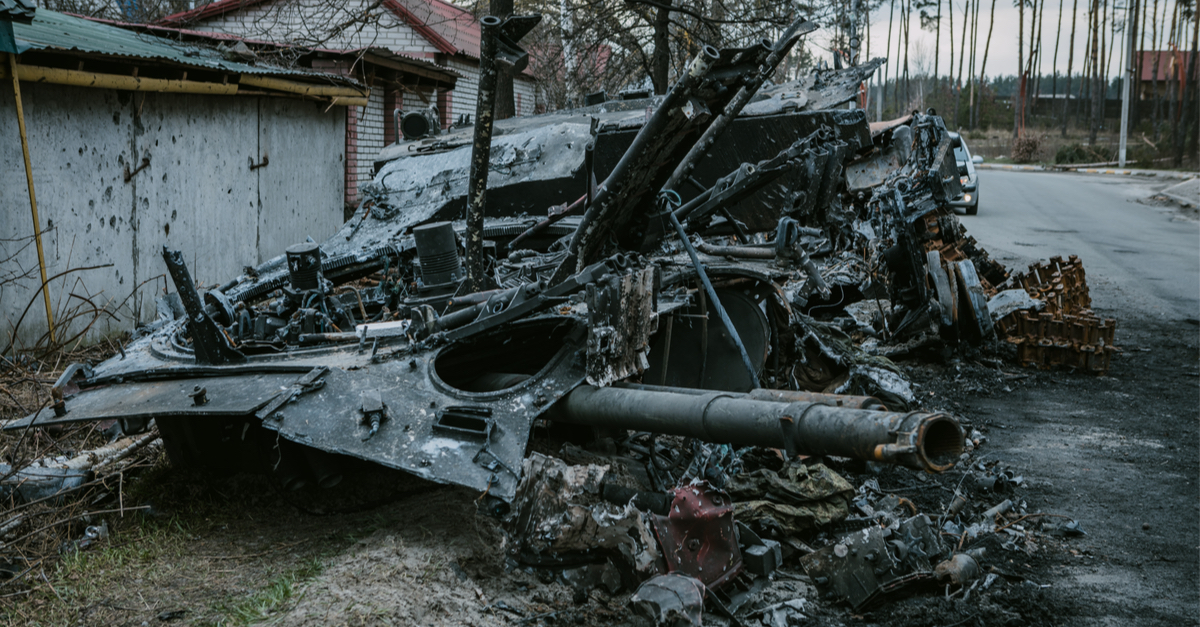 The following article, UK INTEL: 25% of Russian Army is ‘Combat Ineffective’, was first published on Flag And Cross.

It has been rather apparent for some time that the Russian army is in over their heads in Ukraine, but new intelligence assessments by the UK have revealed just how woeful things have become for the Kremlin.

It was all rather apparent from the start, as captured Russian soldiers began explaining how they had been tricked into invading Ukraine.  Then began the mass desertions and surrenders, followed by the revelations of just how out-of-date much of the equipment rolling into the nation was.

Now, as what seems like a natural result of this calamitous confluence, Russia’s fighting force has been rendered ineffective to a staggering degree.

More than a quarter of troops that Russia sent to fight in Ukraine are now believed to be “combat ineffective,” the United Kingdom announced Monday.

The startling statistic comes as Russia’s bloody invasion of Ukraine is in its 68th day. Prior to the assault from Vladimir Putin’s army, it was estimated that Moscow assembled around 150,000 soldiers to participate in the war.

“At the start of the conflict, Russia committed over 120 battalion tactical groups, approximately 65 percent of its entire ground combat strength,” the U.K. Ministry of Defence said in a tweet. “It is likely that more than a quarter of these units have now been rendered combat ineffective.”

Worse still for Vlad Putin: Those taking the most serious losses are Russia’s most impressive.

“Some of Russia’s most elite units, including the VDV Airborne Forces, have suffered the highest levels of attrition,” the Ministry also said. “It will probably take years for Russia to reconstitute these forces.”

There are concerns that Ukraine’s success in defending their nation from Russian aggression could push Putin into a corner, possibly eliciting a far more severe response than previously imagined.