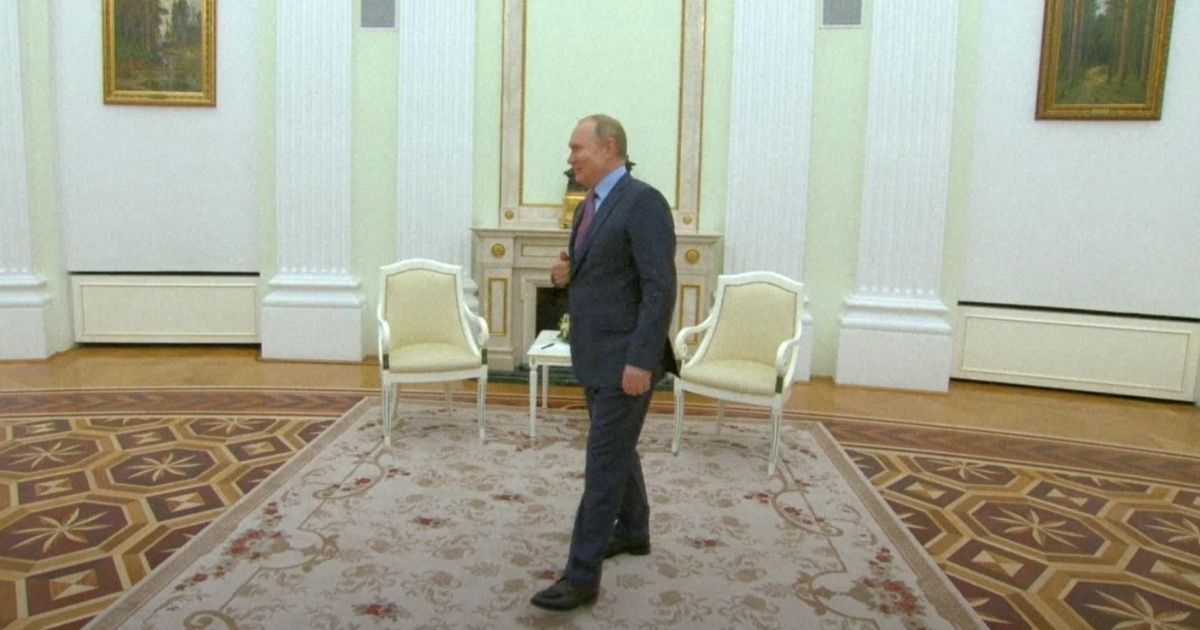 The following article, Putin Health Rumors True, Will Soon Shift Power to a Trusted Second: Report, was first published on Flag And Cross.

A “Kremlin insider” has reportedly claimed that Russian President Vladimir Putin will soon undergo cancer surgery and will briefly turn power over to a top member of his inner circle of government.

According to the U.K. Daily Mail, the report appeared the Telegram channel General SVR claimed an anonymous former high-ranking Kremlin military official said “Putin has discussed that he will be undergoing medical procedures.” (“SVR” are the Russian initials for the country’s Foreign Intelligence Service.)

The U.K. Sun, citing the same account, reported that the man who will take Putin’s place is Nikolai Patrushev, secretary of the Security Council of the Russian Federation. Patrushev served as the director of the Russian Federal Security Service, the main successor organization to the Soviet KGB, from 1999 to 2008.

Patrushev, 70, is widely viewed as a “key architect of the Ukraine war strategy,” according to the Daily Mail, which also reported it was Patrushev “who convinced Putin that Kyiv was awash with neo-Nazis.”

The Sun article includes audio (from the British, Russia-based news agency East2West News) of a man speaking in Russian. The translation on the video reads as follows:

“Putin has discussed that he will be undergoing medical procedures. Doctors insist that he needs an operation, but the date has not yet been determined.

“He will have surgery and while he is incapacitated. I don’t know for exactly how long [he will be incapacitated after surgery]. I think it’ll be for a short time.

“So after Putin has the operation and he comes to his senses … likely 2-3 days, the actual control of the country passes only to [Nikolai] Patrushev.

“I will say that this is the worst option, plus, what if, all of a sudden, Putin manifests particularly severe health problems?

“We know very well that he has cancer, and Parkinson’s disease, plus a schizoaffective disorder, as we have said many times. The oncology is progressing.

“It was possible to contain it for some time, but now the course of the disease is progressing.

“I do not want to voice any forecasts now, so as not to reassure you once again, because in this situation, you should not be very hopeful.”

The recording did not specify when the operation would take place.

We know that Victory Day, the Russian celebration of the defeat of Nazi Germany in World War II, is May 9.

Putin is expected to preside over the annual military parade in Moscow’s Red Square. It is a major holiday in the country and a big day for the Russian president.

There has widespread speculation Putin will use the occasion to make a major announcement about the war in Ukraine. So, if Putin is to have surgery, it would likely take place after May 9.

This report is not coming out of the blue. Rumors about Putin’s health have been swirling for months. There are reports he has been accompanied by oncologists during his travels. His face appears bloated, he has seemed unsteady on his feet and his hands often shake uncontrollably.

Bloated Putin fuels Parkinson’s rumours after gripping table, slouching, and constantly tapping foot, while ordering to starve the Mariupol defenders to death unless they surrenderpic.twitter.com/WOElAgrXRi

Clearly, the report on Telegram cannot be confirmed. However, based on what we’ve seen of the Russian dictator lately, I wouldn’t discount it.