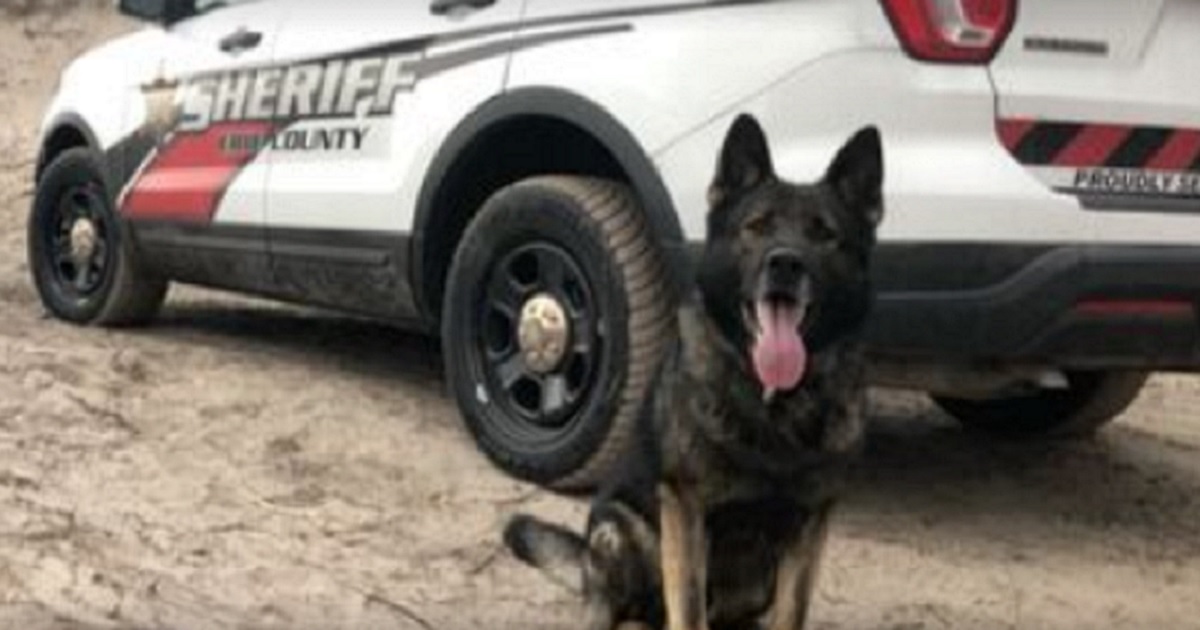 A community in West Valley, New York, came together a week ago when a retired K9 from the Erie County Sheriff’s Office went missing.

Haso, a German shepherd, was retired in 2020 after New York legalized marijuana, according to The Buffalo News. The dog was responsible for multiple busts and saved at least eight people’s lives during his time on the force, Erie County Sheriff’s Deputy Richard Lundberg told the News.

Lundberg, Haso’s handler when the dog was on active duty, adopted him when Haso was retired from Erie County Sheriff’s Office. Together, they lived in neighboring Cattaraugus County, on the edge of hundreds of acres of woods.

Occasionally, Haso would explore the local area and had a penchant for chasing small woodland critters, but he was always back for breakfast.

Haso took off after some small animal and disappeared into the forest on April 25. Lundberg wasn’t too concerned until he didn’t show up the next morning, and by Wednesday, the Erie County Sheriff’s Office shared a post to alert locals of the missing dog.

Lundberg and volunteers spent the next couple of days searching the area on ATVs, leaving out items of Lundberg’s clothing and setting up trail cameras. A local dog search group helped out as well, though Haso is an accomplished tracker himself and shouldn’t have had a problem finding his way home.

The entire time, Lundberg said he had two fears regarding his dog’s fate: That Haso was stuck somewhere or that he was dead.

On Friday, Haso’s body was found at around 4:30 p.m. about half a mile from his home after the Erie County Sheriff’s Office received a tip, The Buffalo News reported. He had only been 8 years old and was the picture of health before he vanished on Monday.

Chief Detective Capt. Jordan Haines said it was clear the K9 had not died from dehydration or exposure.

“The way he died is such that it would kick off a criminal investigation,” he told the News.

Haso’s remains have been handed over to Cornell University for a necropsy.

“Haso was found deceased a few days ago, and our law enforcement partners with the Cattaraugus County Sheriff’s Office are leading the investigation into Haso’s death.”