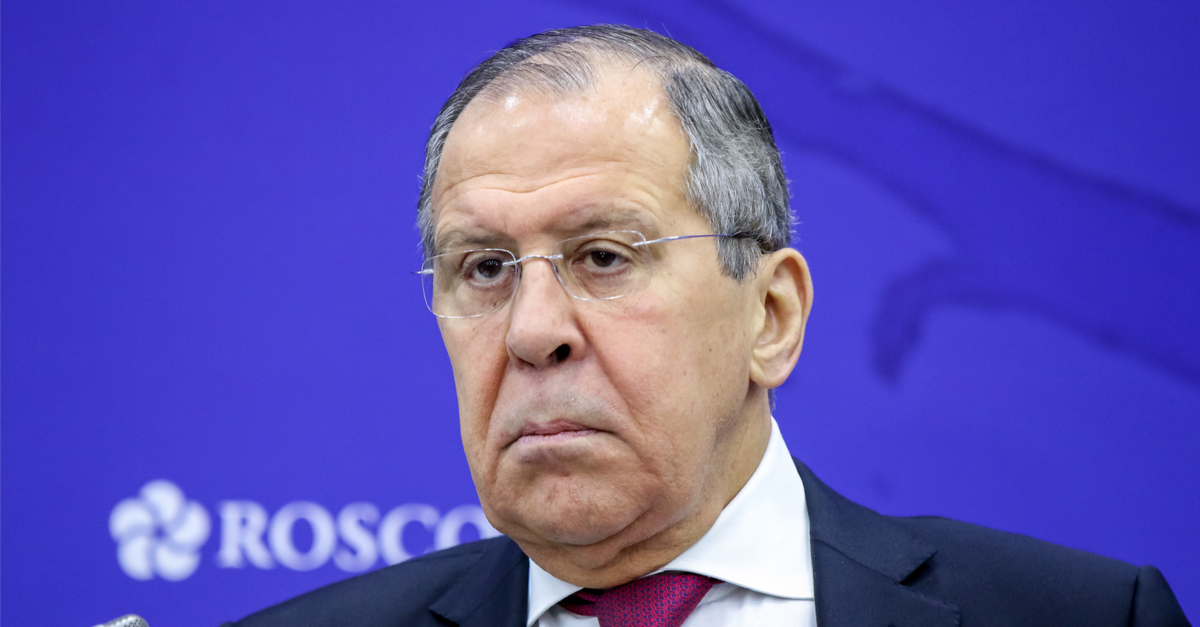 It has been long understand that the Kremlin isn’t exactly playing with a full deck of cards these days.  They’re a couple of potatoes short of a bushel, if you catch my drift, but the latest gibberish being spouted by Putin’s puppets is so instantly hateful and wrong that other world leaders have begun to fume.

The invasion of Ukraine by Russia was first said to be an attempt to “de-nazify” Ukraine.  This asinine concept was debunked before it was even uttered by the fact that Ukrainian President Volodymyr Zelenksyy is himself a Jewish descendent of Holocaust victims.

But this week, in an affront to decency so absurd that it bears all the ridicule we can dish out, one of the Kremlin’s most powerful politicians has suggested that Adolf Hitler himself had “Jewish blood”.

Lavrov, largely unchecked by host Giuseppe Brindisi, went on to blame Western media for “misinterpreting” the facts of his boss Vladimir Putin’s deadly “special operation” in Ukraine. He repeated the lies that Russian forces had only hit military targets and that the Bucha massacre was a staged event.

The statement itself was simply mind-boggling.

When asked how Ukraine could be “de-nazified” when its president, Volodymyr Zelensky, is Jewish, Lavrov replied: “So what if Zelensky is Jewish. The fact does not negate the Nazi elements in Ukraine. I believe that Hitler also had Jewish blood and in fact, some of the worst antisemites are Jews.”

The statement provoked a hearty response from Israel, who summoned their Russian ambassador for an apology.