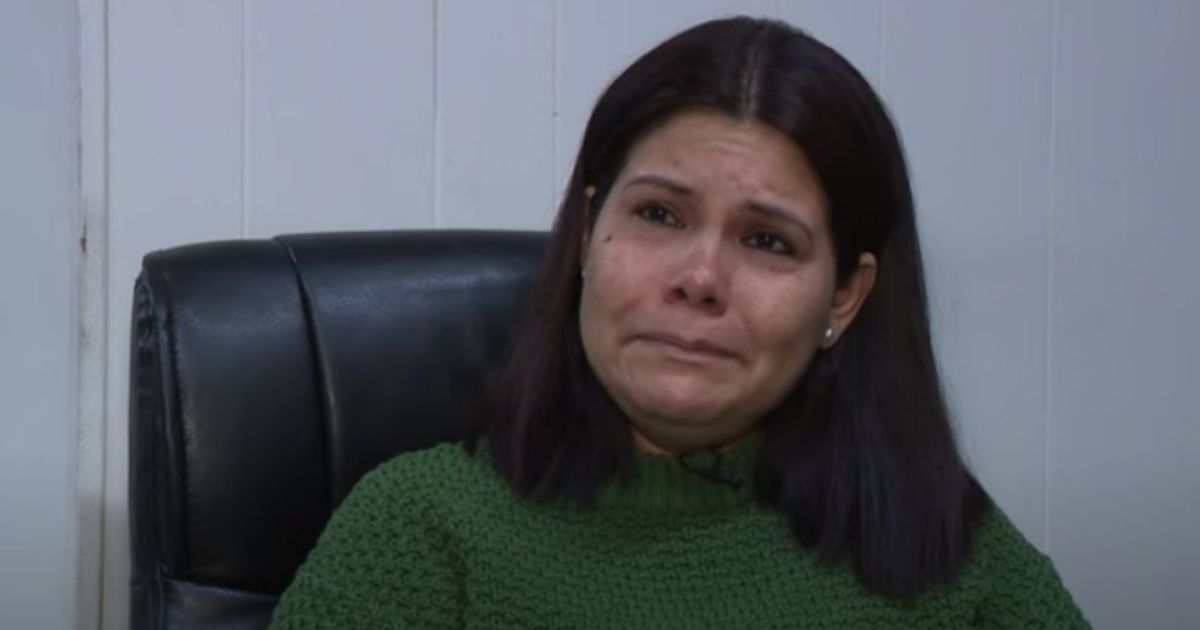 The following article, Woman Called ‘Squatter’ Tells Her Side of the Story, And It’s Nothing Like What Media First Reported, was first published on Flag And Cross.

Two weeks ago, a 3,700-square-foot single-family home was listed for sale in Fairfax, Virginia, a suburb of Washington, D.C. The listing acknowledged the dwelling was in need of some TLC, but that it was being offered “as is.” The owners were asking $800,000 and it had to be a cash deal. Oh, and one other thing: Prospective buyers weren’t allowed to see the basement because there was a squatter living there.

The description of the home in the Zillow listing read: “NO ACCESS to see lower level and Home sold AS IS, ONLY with acknowledgment that home will convey with a person(s) living in lower level with no lease in place.” For obvious reasons, this listing went viral.

The sellers immediately received five offers and the home was under contract within two days.

The listing agent, Zinta Rodgers-Rickert, from RE/MAX Gateway’s Red Truck Realty Group, told Axios, “Inventory is so low people are willing to do just about anything at this point.”

She explained the backstory to Axios. The owner, an elderly man who is currently in the hospital, bought the home in 1997. Axios reported he “isn’t doing well.”

She described the squatter as someone whom the owner had hired to clean the house. She later asked to move in and has “never left.”

Rodgers-Rickert told WMAL Radio it would be up to the new buyers to evict the squatter. She said evictions can be costly and time-consuming, sometimes taking three or more months.

Now it appears the media may have jumped the gun on this story. Early reports were quick to characterize the woman in the basement as a squatter, but her story seems to contradict that in a big way.

The “squatter,” tearful at times, gave an interview to WUSA-TV this week, which can be viewed below. After listening to her moving story, suddenly everything changed.

Her first name is Nelly. (She asked that her last name remain private.) She told WUSA, “That’s not true what they’re talking about me. I’m not a bad person.”

She said that the elderly homeowner hired her to clean his home every other week in 2017. Nelly had been stunned by the mess in the house. Entire rooms were filled with trash. She described it as “scary” and “haunted.” She chipped away at the disorderly home and ultimately brought it under control.

In the meantime, they developed a close bond. Nelly said, “We have a really nice relationship.”

He was lonely, and before too long, he asked Nelly to move into his home with her husband and daughter, an offer she declined, telling him, “I have to go.”

Nelly said that he pleaded with her to stay, saying, “‘No, Nelly – if you leave I’m going to die. Who’s going to take care of me?'”

In 2018, her marriage broke up. Nelly “was so depressed and sad about everything and my daughter, too.”

She asked the man if his offer still stood. And he’d been delighted. “That day he gave me a big hug and said, ‘From today we will be a family,’ He was [like] my father.”

For nearly four years, she and her daughter lived with this man and they became incredibly close. She was asked if their relationship was more like husband and wife, or like father and daughter. She insisted it was the latter.

He is now in the hospital and he won’t be coming home.

Tearing up, Nellie said her biggest concern is the elderly man. “I want to say how much I love him. That’s all. I don’t care about this mess.”

Asked if she planned to stay in the house, she replied, “No. That’s not my house. He’s not there. … What is the reason to stay there if he’s not there?”

Nelly told WUSA that she, her daughter and their dog would be out of the house by Saturday. And she has a place to go.

She’s had very limited contact with the man’s family and had no idea the listing had gone viral on social media until she was told by her friends. She also said the family has tried to force her to leave before, but the man wouldn’t hear of it.

He’d been starved of companionship before Nelly came along. Entire rooms in the house were filled with trash. Where were his own children?

Nelly and her daughter (and their dog) filled his house with “family” and purpose, with life.

WUSA reported they’d reached out to members of the man’s family for comment, but had not received any replies.

Continue reading: Woman Called ‘Squatter’ Tells Her Side of the Story, And It’s Nothing Like What Media First Reported ...