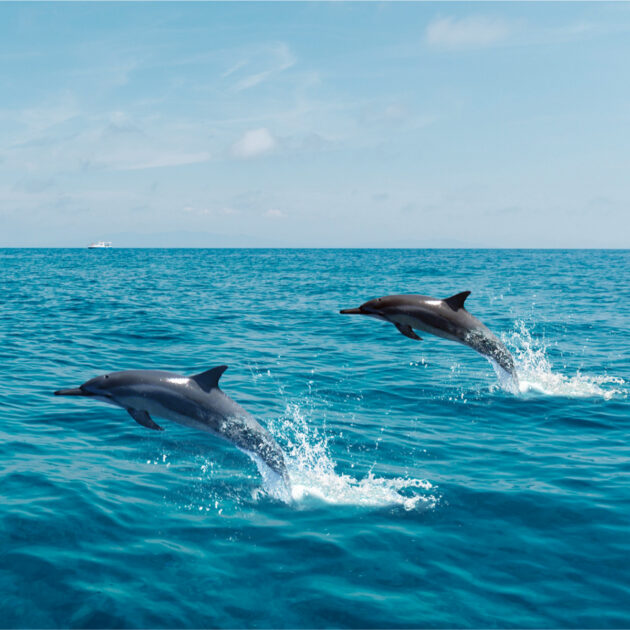 Sleep tight, Russian navy. Flipper is on guard against those pesky Ukrainian frogmen.

According to U.S. Naval Institute News, in late February — as Russia was gearing up to begin its pounding of Ukraine — the Russian navy put two dolphin pens at the entrance to the harbor of Sevastopol, a port that was part of Ukraine until Russia grabbed it in 2014.

The outlet reported that satellite images confirmed the existence of the dolphin pens.

Sevastopol is a vital Black Sea port and a major Russian installation.

USNI reported that the dolphins could have been placed there to guard against undersea attacks from divers and to “prevent Ukrainian special operations forces from infiltrating the harbor underwater to sabotage warships.”

A 2014 report from The Moscow Times claimed that the Soviets “used the Sevastopol base to train the mammals for military purposes such as planting explosives on ships or searching for mines.”

The Soviet dolphin program was taken over by Ukraine when the USSR imploded in 1991, but returned to Russian control after the invasion of Crimea.

Russia has a marine mammal unit in the Black Sea and in the Arctic. The Arctic arm of the marine mammal division includes Beluga whales and seals.

In 2019, a Beluga whale was spotted in Norway that fishermen believed had been trained by the Russian navy.

Russia’s Black Sea dolphins were deployed in 2018 in the Mediterranean Sea, where the country has a base in Syria.

According to the Naval Information Warfare Center, the U.S. Navy has trained dolphins and sea lions since 1959.

“Dolphins naturally possess the most sophisticated sonar known to science. Mines and other potentially dangerous objects on the ocean floor that are difficult to detect with electronic sonar, especially in coastal shallows or cluttered harbors, are easily found by the dolphins,” the NIWC says on its website.

“Both dolphins and sea lions have excellent low light vision and underwater directional hearing that allow them to detect and track undersea targets, even in dark or murky waters.”

“Someday it may be possible to complete these missions with underwater drones, but for now technology is no match for the animals.”