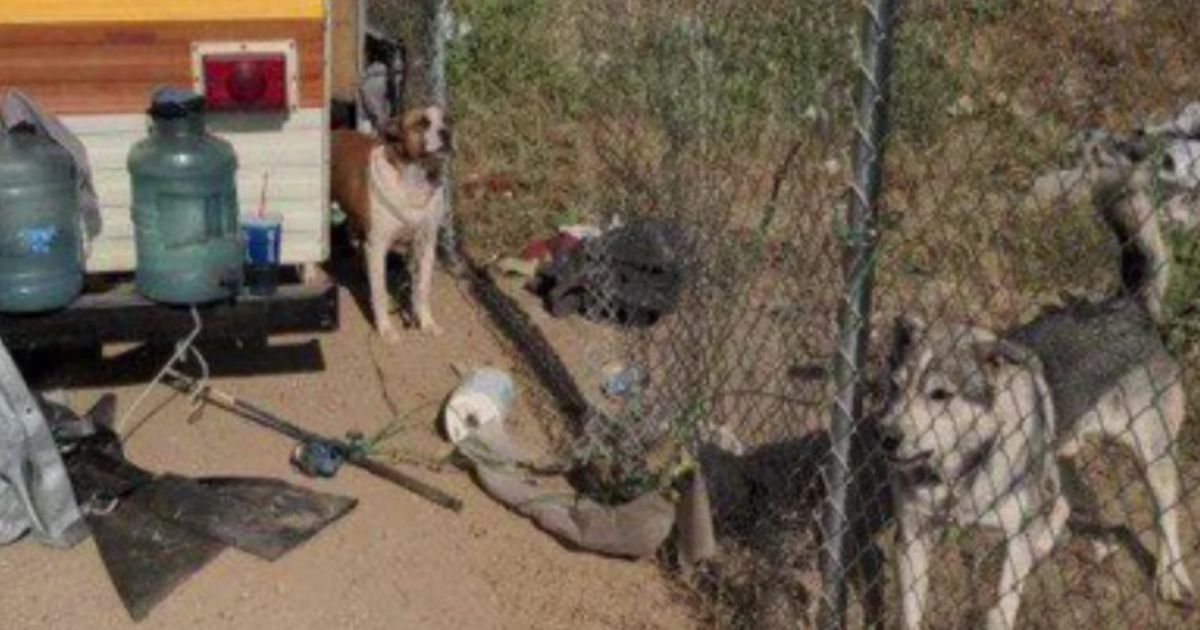 In most cases, “stealing” is frowned upon, “thieves” are looked down on and people won’t rest until justice has been served — but this particular situation has people divided.

On Monday, Riverside County Animal Services reported that at 2:30 a.m. on Sunday, two individuals had broken into the Jurupa shelter with bolt cutters and stolen three dogs.

“Animal Services is working with the Riverside County Sheriff’s Department by providing surveillance footage of the trespassing and theft. A deputy responded on Sunday morning and took a report after employees discovered the missing dogs and broken locks.

“Two dogs were kenneled together in one building at the Western Riverside County/City Animal Shelter (6851 Van Buren Blvd.). A third dog was kenneled alone in a different building. Surveillance footage shows the suspects trespassing at about 2:30 a.m. and leaving with the dogs off leash toward a back area of the campus.”

At first glance, this looks like a common theft that could have many motivating factors — but historically, those who break into animal shelters and steal specific dogs are often the owners trying to get their dogs back through their own circuitous means.

“We don’t suspect that someone is randomly coming in to steal a dog, unless it’s a labradoodle, Boston terrier, something very unique,” John Welsh of Riverside County Animal Services acknowledged, according to KNBC. “People are coming in to, more than likely, steal their own pets.”

The three dogs that were taken — a Siberian husky mix and two pit bull mixes — had all been seized from the same property after someone called in to report a bite.

On April 21, an animal control officer responded to the property indicated and found two of the dogs tied to a fence and another one loose. He did not see any food or water out, and no one appeared to be on the property. In photos shared by the shelter, it appears that at least one of the dogs had blood on its neck at the time.

Because of the state of the dogs, and “in the interest of public safety,” the officer took the dogs to the shelter, where they were quarantined and placed on a 10-day bite hold.

“Public safety is paramount in an instance of a dog bite,” Animal Services Director Erin Gettis said. “We had knowledge that one of these dogs committed a bite. It is unclear which of the three bit the victim, so we must impound all three in the interest of doing a proper quarantine.”

The shelter went on to state they believed the dogs were “stolen by the presumed owner and his accomplice, possibly a woman,” and all three dogs were taken from “protective custody kennels.”

Surveillance video of the break-in has been shared, showing the two people running out of a kennel with one of the dogs loose, wagging furiously. The trio then makes their way to another kennel, where they free the other two dogs and then all run off together.

The shelter has made their stance very clear and has said it’s working with local law enforcement to track down the dogs. They also pointed out that in the surveillance video, it “appears that one suspect strikes the dog, which is very disturbing.”

The clip shows the dog bouncing up and the person making contact with their hand, but whether it was abusive or meant as celebratory roughhousing is unclear.

Many have commented to say they believe this is straightforward criminal activity. A few have pointed out that perhaps this is not an instance of owners who love their pets doing something bold to save them, but rather an attempt by the alleged owners to remove their dogs from the system and “destroy the evidence” to avoid a lawsuit over the bite.

But many pet owners are standing firm in their conviction that they would do something similar if pressed, especially if the fate of their dogs was unknown and all three might be at risk of euthanasia when only one was the culprit.

In January, the shelter experienced another theft which they also believe was the result of an owner stealing back his dog, but they have not found the man or his dog yet, and the investigation remains ongoing.