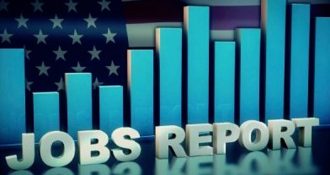 The following article, Texas and Florida Top list of Best for Business States, California Worst, was first published on .

A new report finds that red states such as Texas and Florida top the list for of the best states for business while deep-blue states like California are the worst.

It isn’t surprising that all the worst states are being run into the ground by liberal Democrats, now, is it?

The new report on the business climate among the states was released this week by Chief Executive Magazine.

The list was compiled based on a survey of 700 CEOs across America.

Unsurprisingly, Texas — the fastest growing state with the most jobs and one of the best standards of living in the country — tops the list. The magazine did note that Texas’ aging electric grid and Gov. Abbott’s recent standoff with truckers from Mexico have vexed the business community.

“Meanwhile, Florida has solidified its hold on the No. 2 position in the Chief Executive rankings with a consistently business-friendly approach under Governor Ron DeSantis that crested during the past couple of years with his hands-off approach to Covid shutdowns,” the magazine wrote.

Still, some have become worried after Gov. DeSantis campaigned to end Disney’s set asides and special tax breaks, a move that other companies hope won’t be turned against them, too.

Other than those concerns, though Texas is first with Florida close behind, followed by Tennessee, Arizona and North Carolina rounding out the top five.

Every one of those states have political regimes that truly despise jobs makers.