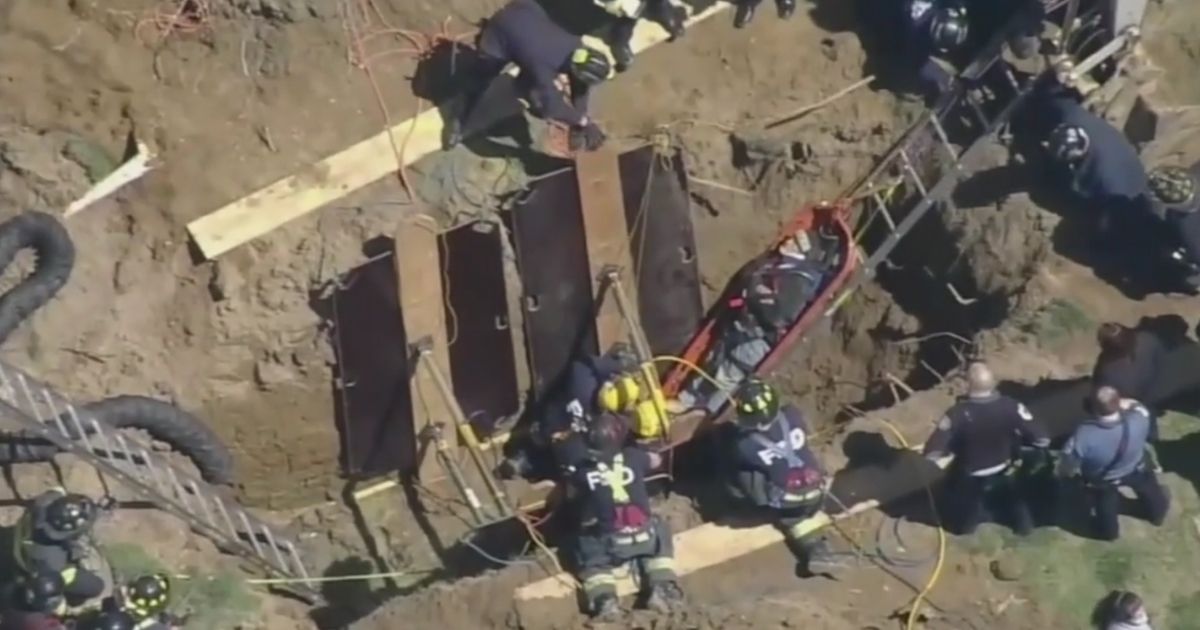 The following article, Firefighters Perform Technical Rescue After Man Suffers Blow to the Head, Falls Into Septic Tank Trench, was first published on Flag And Cross.

Occupational hazards vary from job to job, but those in construction face rather major physical threats as a part of their daily work. There are plenty of protective measures that can be taken, but accidents still happen.

On Wednesday, a crew was installing a septic tank at a house in Mount Laurel, New Jersey, when an accident took place, leaving a man at the bottom of a 9-foot trench.

Mount Laurel police officer Kyle Gardner told WPVI-TV that it may have been a rock or a load of dirt from an excavator that hit the man in the head.

“The gentleman had been hit in the head by either dirt or a rock or something that they were digging out, and the gentleman fell into the hole,” Gardner said.

The Mount Laurel Fire Department wrote a post about the incident, sharing images of the rescue.

“Upon arrival, the worker, a 55 year old male from Williamstown, New Jersey, was observed inside a trench being dug for a septic system. It was reported dirt being removed by an excavator hit the victim in the head causing the male to fall into the 9-foot deep trench.

“Responders stabilized the trench in the area of the worker, rescuers entered the trench, packaged the worker for removal and safely removed him.

“The responsive worker was transported via helicopter to Cooper Trauma Center in Camden, New Jersey.”

Deputy Fire Chief Todd Evans said that they took every precaution to prevent the situation from worsening, and that everything went according to plan.

“We drop two panels in on either side of the patient … to make sure there’s no spoils or any collapse that could fall onto the patient,” he said.

“From a patient outcomes standpoint and an incident outcome standpoint, it’s exactly what we train for and what we prepare for our whole career.”

OSHA was on the scene and will have an official report within six months.

The fire department made sure to recognize all the agencies involved in the rescue, as well as recognize the Delran and Chesterfield fire departments for covering for them while they were out attending to the issue.

“It takes a village!” they concluded.