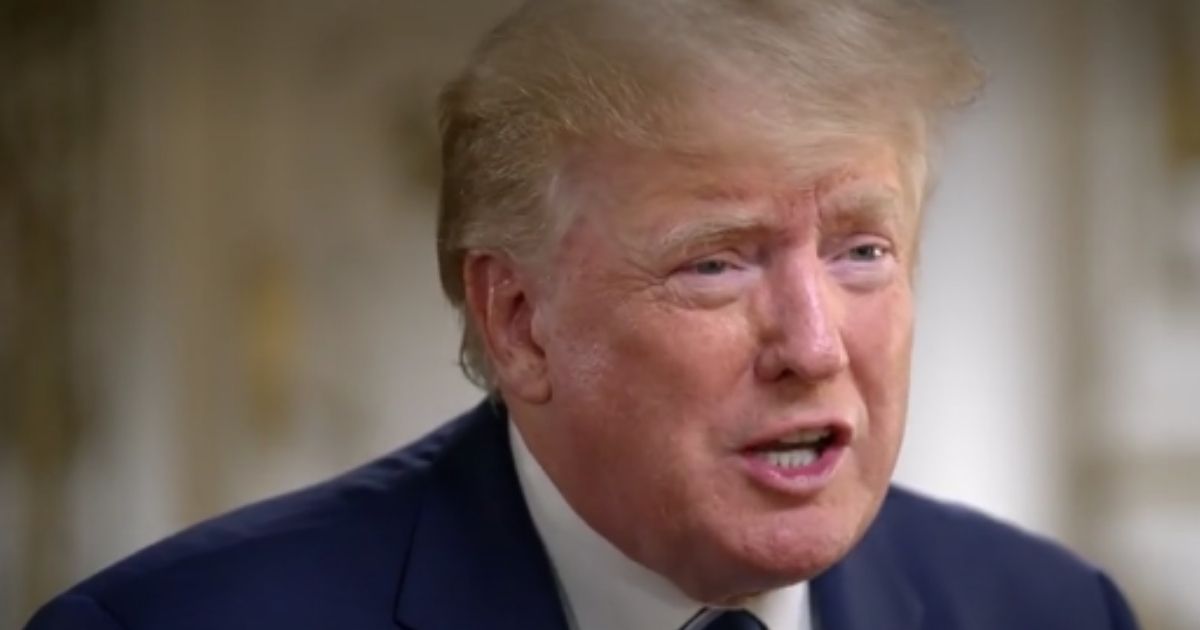 The following article, Watch Trump’s Deadly 1-Word Response to Learning Zuckerberg Bought 2020 Election Out from Under Him, was first published on Flag And Cross.

As concerns about COVID-19 swirled in the lead-up to the 2020 election, Facebook (now known as Meta) CEO Mark Zuckerberg promised the hundreds of millions of dollars he donated to election funds would help promote safer elections.

In reality, the pandemic simply provided the perfect excuse for Zuckerberg to put his partisan plan into action.

“Rigged” exposes Zuckerberg’s full plot to influence the 2020 presidential election in favor of Joe Biden, and it is out now. Get your copy here for just $4.99.

In the film, Citizens United President David Bossie said the Center for Tech and Civic Life cited COVID-19 as the reason for the donations from Zuckerberg.

“Tax filings state the large grants were to be used for ‘safe administration of public elections during the COVID-19 pandemic and to provide general support,'” Bossie said.

Republican Rep. Claudia Tenney of New York explained how leftist groups like CTCL used this reasoning to push policies that would benefit them.

“The premise was that we need to assist all these beleaguered local governments and election districts with the problem of dealing with a pandemic election,” Tenney said. “We need to provide PPE, and we need to have resources so that people can be socially distanced, and so we can have more time for people to vote by extending early vote hours and by allowing them to vote by mail.”

Furthermore, former Virginia Attorney General Ken Cuccinelli said in contrast to tax filings, most of the money did not go to PPE.

You can get the full story behind Zuckerberg’s 2020 election plot when you buy “Rigged” here today.

“If you got to the IRS filing, every one of the thousands of grants says, you know, ‘to promote safe elections,’ because they want people to think that was about buying masks and other PPE,” Cuccinelli said.

“But everybody who’s studied the actual money flows, including NPR, [a] left-wing news outfit, they find that tiny little percentages of this ever went to masks or plexiglass.”

In an interview with former President Donald Trump shown in “Rigged,” Bossie got right to the point.

“CTCL claimed that the money went to conduct safe elections during the pandemic, but actually, only a very small portion of the money reportedly went to PPE,” Bossie said.

“Do you believe that they used the COVID emergency as an excuse to pull this partisan voter turnout operation?”

Trump’s response was even more blunt than Bossie’s question.

“Am I allowed to give you a one-word answer?” Trump said. “Yes. Without question, yes.”

If you want to learn exactly how Zuckerberg used COVID-19 as an excuse to help Biden, get “Rigged” here. You can get a digital copy for just $4.99 or a DVD and digital bundle for $19.99.

Continue reading: Watch Trump’s Deadly 1-Word Response to Learning Zuckerberg Bought 2020 Election Out from Under Him ...