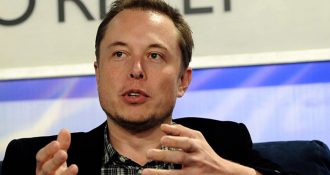 The following article, Libs Lose Their Minds Because Musk Bought Twitter, was first published on .

One would think there was an asteroid days away from striking the Earth, the Russians invaded Secaucus, New Jersey, or Nancy Pelosi is now your next-door neighbor. But no, this will destroy democracy (according to the liberals). Elon Musk has purchased Twitter and has promised to allow all political opinions to post on the platform. But to these rich liberals, nothing will destroy democracy faster than free speech (yes, I know we are a republic, but I am using their term).

Look at meathead Rob Reiner, who has been nasty on Twitter since it began, trying to get the attention he hopes will make people think he has as much talent like his dad. The problem is that Carl Reiner was a comic genius. Rob Reiner is just a nasty Twitter guy.

Now that Elon Musk is buying Twitter, the question for all of us is: Will he allow a Criminal who used this platform to lie and spread disinformation to try to overthrow the US Government to return and continue his Criminal activity? And if he does, how do we combat it? 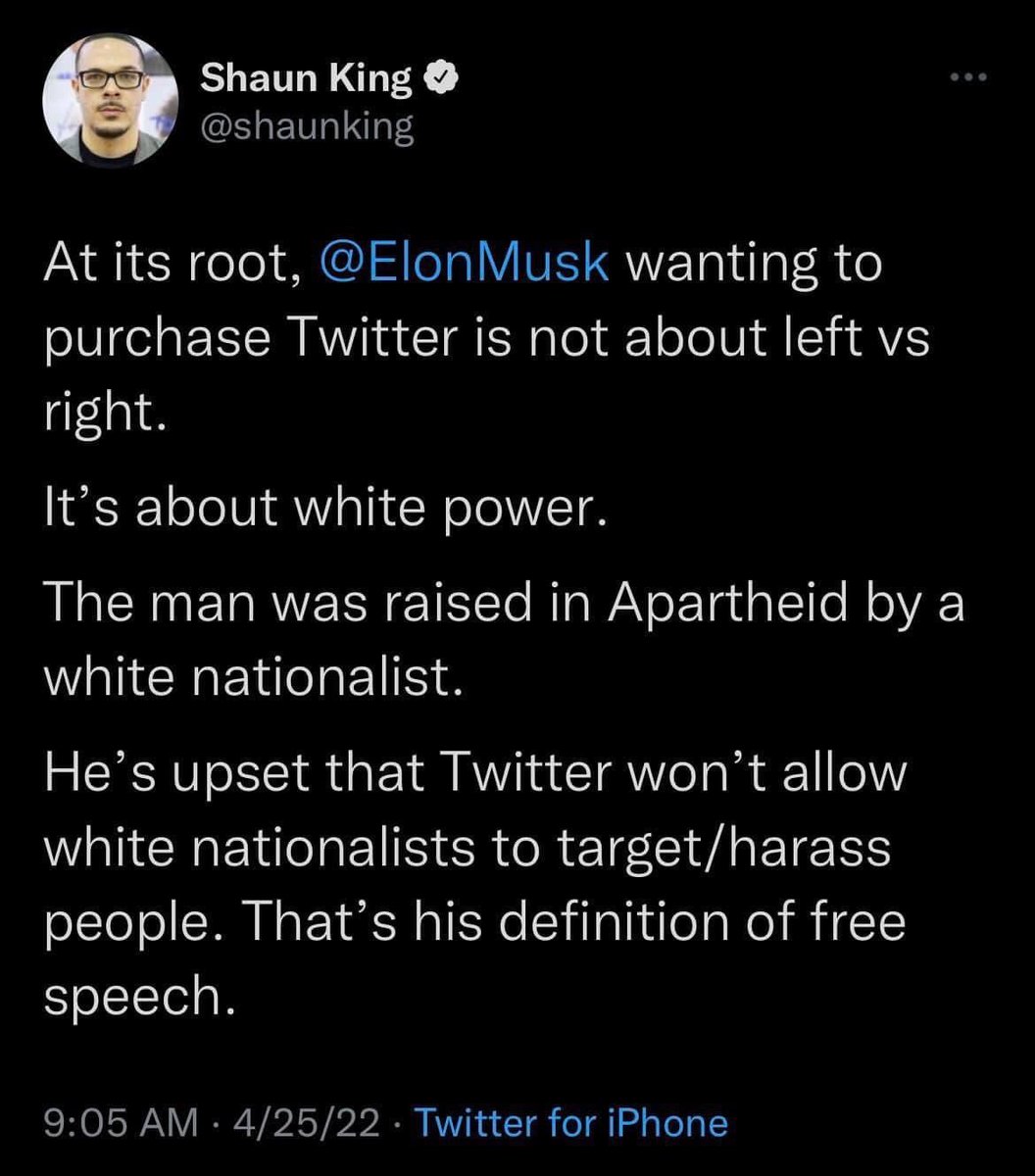 Let me get this straight. Elon Musk buying Twitter is white power? And the claim was made by a millionaire white guy who faked being black. Am I missing something?

Bette Midler (you remember her, she used to be a big deal now no one knows who she is) wrote her version of Musk’s Twitter announcement:

“Free (hate) speech is the (destruction) of a functioning democracy, and Twitter is the digital town square where matters vital to the future of (pedophilia, racism, & facism) humanity are promoted,” Mr. Musk said in a statement announcing the deal.” There. I fixed it.

Who is she again?

Senator from (D-MA) Pocahontas, who lied about being a Cherokee because she has high Cheekbones, claimed that rich people should not be allowed to disagree with her:

This deal is dangerous for our democracy. Billionaires like Elon Musk play by a different set of rules than everyone else, accumulating power for their own gain. We need a wealth tax and strong rules to hold Big Tech accountable.

Gee, Liz, I was going to buy Twitter, and I’m not close to being rich, but Elon Musk’s bid was $1.37 more than mine. If I had taken the time to check all my pants pockets, I would have come up with the extra cash.

Dr. Cindy Banyai, a candidate for Congress in Florida, said that billionaires shouldn’t be allowed to own media.

Before it’s not allowed, I just want to remind everyone that Elon Musk is the beneficiary of apartheid and colonial exploitation.

If Dr. Banal believes that Billionaires shouldn’t own media, what does she think of the people below? Granted that it’s a year old, but things haven’t really changed.

Here’s the real story. The part of the Muak deal these liberals don’t like has nothing to do with Elon Musk’s worth or even his politics. He is not a conservative, but he’s a libertarian. He always described himself as socially liberal and fiscally conservative.

What the liberals are afraid of is that America will hear both sides. Rember when Twitter banned the Hunter Biden story to help Biden get election? A story that we’ve learned is true. White House Press Secretary Kayleigh McEnany got a temporary boot because she tweeted about the NY Post’s Hunter Story. Twitter even banned a conservative-leaning (and very funny) satire site, The Babylon Bee.

General Michael Flynn, who, besides his political service, served in the Army protecting the arses of those freaking out liberals for 23 years. General Flynn was banned because he supported Trump. Sidney Powell, who IMHO is a bit on the crazy side, also received a permanent ban. Mike Lindell, who gives me a headache every time I see one of his commercials, has a permanent ban, as does Marjorie Tayor Greene, who pissed me off because she never told this Jew how I could get to one of those Jewish space lasers has a forever ban.

James O’Keefe, whose only sin has been to secretly video liberals when they admit a hidden truth, has been banned. In 2016 Glenn Reynolds, the Instapundit, got a temporary ban.

These are only a few of the hundreds of thousands of Twitter users banned because of their conservative leanings. Some of them were crazy (at least IMHO), but most of them were excluded because they had a political opinion that clashed with the liberal doctrine.

Liberals are crapping in their pants about the Elon Musk purchase of Twitter because he’s promised to let all opinions be heard. And to liberals, free speech and sharing ideas is the way to destroy their version of Democracy. They are frightened of an even playing field. Maybe someone should send them a copy of the 1st Amendment to the U.S Constitution.

I thank Elon Musk for buying Twitter, not because I believe he’s turning it into a conservative site that is not in the cards, but because he intends to allow all sides to share their opinion. That’s something none of the major social media sites allow.