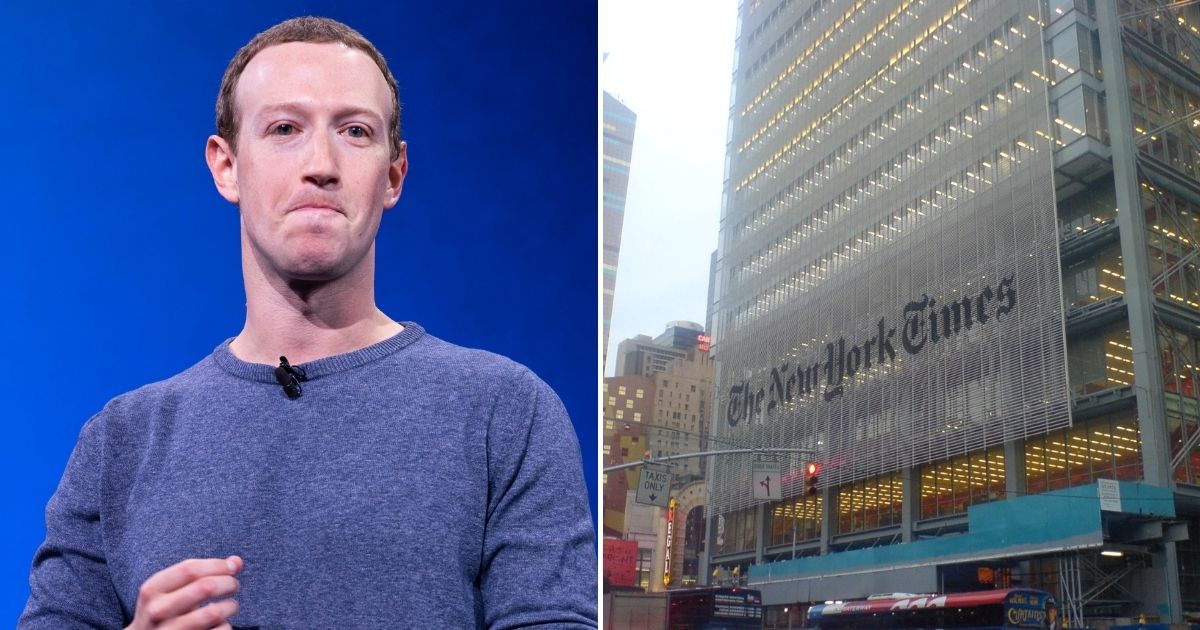 The following article, Zuckerberg’s Election Interference Was So Bad Even the NYT Warned About It 39 Days Before the Election, was first published on Flag And Cross.

When Meta CEO Mark Zuckerberg gave almost $400 million to election efforts in 2020, he billed it as a non-partisan donation. Yet one of the groups he gave the most money to was partisan at its core.

“Rigged” is a bombshell new documentary that exposes Zuckerberg’s plot to influence the 2020 presidential election in favor of Joe Biden. Get your copy here today.

Zuckerberg donated more than $328 million to an election group called the Center for Tech and Civic Life. This organization was founded by partisan Democrats.

In the film, Citizens United President David Bossie revealed CTCL was founded by Tiana Epps-Johnson, who is also a fellow at the Obama Foundation.

The foundation is run by former President Barack Obama, a notorious leftist. The fact that Biden also served as Obama’s vice president makes Epps-Johnson’s association with the Obama Foundation a blatant conflict of interest.

According to the film, The Washington Post dubbed the New Organizing Institute “the Democratic party’s Hogwarts of digital wizardry” in 2014.

Both Epps-Johnson and Bridges are Democrats, and they had vested interests in helping Biden win. Nonetheless, Zuckerberg gave their organization hundreds of millions of dollars in the name of expanding election access.

“These groups were filled with battle-hardened activists, but now everyone was supposed to believe they had suddenly become non-partisan in 2020,” Bossie said.

“[I]t is unusual for elections to be subsidized by nongovernment funding at this level, but also because most of the cash is coming from nonprofit groups that have liberal ties, and the biggest sources of the cash, Mr. Zuckerberg, has drawn fire from across the political spectrum,” the Times reported in an article cited in “Rigged.”

Given the Times’ tendency to side with Democrats, this line was as close to a criticism of the left as the outlet will ever publish.

If even the Times was admitting Zuckerberg’s plan was questionable, the Republican Party should have been able to challenge him and even win. Sadly, that did not happen, and Zuckerberg was successful in influencing the election.

The good news is that thanks to films like “Rigged,” it will be much harder for people like Zuckerberg to get away with this nonsense in the future. Zuckerberg himself apparently knows this, as a spokesperson announced he would not make similar donations in 2022.

In order to stop corruption, American voters need to be educated about it. You can learn how to stop people like Zuckerberg right now when you buy “Rigged” here.

Continue reading: Zuckerberg’s Election Interference Was So Bad Even the NYT Warned About It 39 Days Before the Election ...