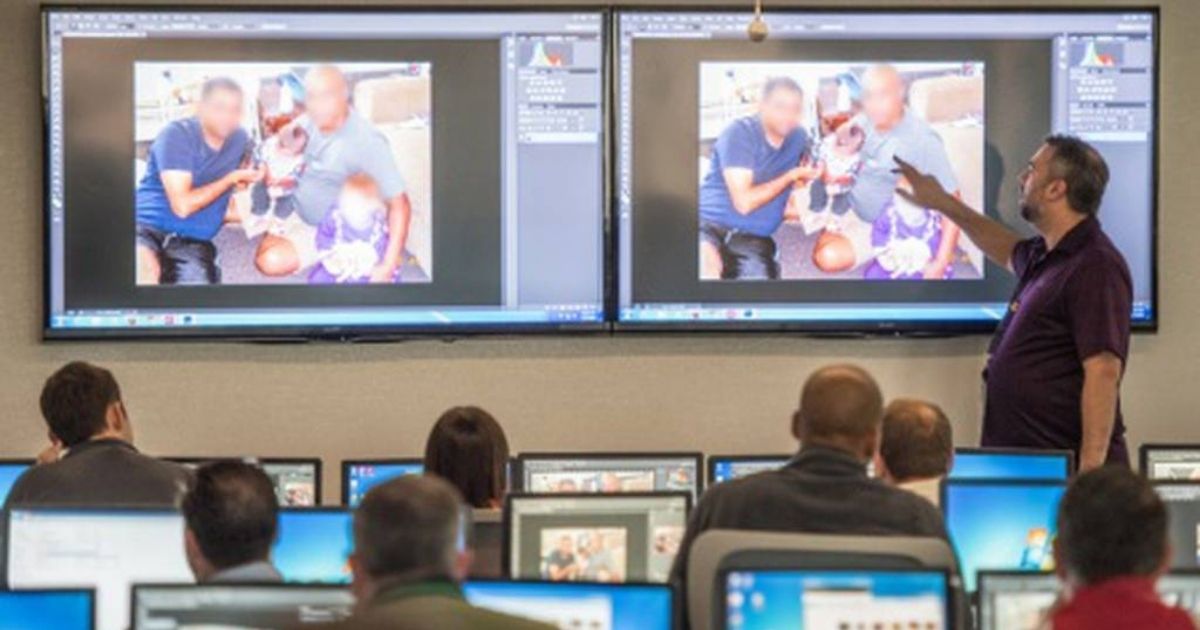 The following article, They’re Called ‘Angel Watch,’ And They Set up Special ‘Surprises’ for Int’l Child Molesters, was first published on Flag And Cross.

I can’t think of a better synthesis of those competing tropes than the fact that April is National Child Abuse Prevention Month.

These declarations always seem ironic to me, as if we’re supposed to tolerate child abuse 11 months out of the year — but not in April, oh, no! That’s crossing a line. Even President Joe Biden’s March 31 “Proclamation” on the subject seemed tacitly to admit defeat for the other 91.7 percent of the year.

“During National Child Abuse Prevention Month, our country stands as one to condemn and combat child abuse in all of its forms — including physical, emotional, and sexual abuse, as well as online sexual exploitation,” he wrote. (Well, someone wrote. But it came out over his name.)

The rest of the time, I guess we’re a country divided over the issue.

My cynicism regarding big-government virtue-signaling aside, there are of course some men and women working hard to identify and bring to justice those who exploit the most vulnerable among us.

For example, in Fiscal Year 2021 (Oct. 2020 through Sept. 2021), the Homeland Security Investigations Child Exploitation Investigations Unit’s Angel Watch Center issued notifications that kept at least 600 foreign national convicted child sex offenders of out the country. Yeah, I bet the private sector could probably have done it cheaper, but that’s not an immaterial achievement regardless.

Moreover, according to a “fact sheet” published by the Department of Homeland Security earlier this month, the Angel Watch Center “combats transnational child sexual abuse by identifying child sex offenders who attempt to travel internationally for the purpose of sexually abusing or exploiting minors.”

In other words, those were not 600 convicted child sex offenders who just happened to be traveling to the U.S. — at least some of them were apparently trying to come here with nefarious intent.

Angel Watch then alerts “foreign law enforcement to offenders’ pending arrival.” You can imagine what kind of reception that’s generating for them.

The more sinister-sounding Operation Dark Angel “complements the work of the Angel Watch Center, leveraging advanced investigative and intelligence capacities and HSI special agents around the globe to target transnational child sexual abusers.” Yeah, I know — Big Brother. I don’t much like some aspects of this, either.

You know what I like even less? Adults who prey on children.

America’s child sexual abuse statistics are frightening, saddening, angering — all that and more. The CDC says about 25 percent of girls in the U.S. and eight percent of boys experience some sort of nonconsensual sexual activity as children. Over 90 percent of that abuse comes from someone trusted by the child or the child’s family.

That’s quite a reward for their trust.

It also increases the risk of future sexual and domestic violence in adulthood, as well as risky sexual behavior, implying that the victims of child sexual abuse don’t think very highly of themselves as they age.

Honestly, I don’t know what it should look like, but the Church (I mean the capital-C Church, the visible body of Christ on Earth in its totality) must do all it can to protect, rescue, provide for and care for victims of child sexual abuse.

It must also do the same for the perpetrators of such abuse — not in any way to subvert justice, but to add mercy to justice.

“Mercy triumphs over judgment,” James tell us, and as we are all sinners, we should all rejoice in that truth. But Scripture is also clear that those who harm innocents are due for a special kind of punishment if they fail to repent. The Church must address both sides of that issue.

There are also practical considerations of ending the cycle of abuse, because those who are themselves victimized as children have a higher propensity to become a victimizer later in life. That changes the equation somewhat — who to blame for what becomes a much more complex question in a world occupied only by blameworthy people.

Hurt people hurt people, as a friend of mine frequently used to say.

And if using an 18-year-old woman is acceptable, it’s a short road to 17-year-olds. You can follow the logic from there, I’m sure.

James also tells us that “to visit orphans and widows in their affliction” is at the heart of pure religion, and centuries prior to that, the prophet Micah told us that justice and kindness are not contradictory:

He has told you, O man, what is good;
and what does the Lord require of you
but to do justice, and to love kindness,
and to walk humbly with your God?

Synchronizing justice and kindness presents its own challenges in our broken world, but that doesn’t eliminate God’s requirement that both be done.

In the meantime, at least some federal government officials are making some progress, and I’m not reluctant to give credit where credit is due. Especially when there’s so much more progress that needs to be made.

DHS has several recommendations for those who believe that a child may be in danger:

If you suspect a child might be a victim of online exploitation, call the HSI Tip Line at 1-866-347-2423 and fill out the online NCMEC CyberTipline form at https://report.cybertip.org/.