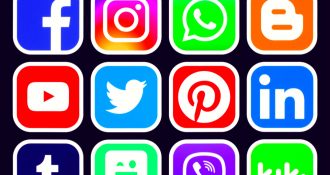 The following article, Report: The Big Tech Censored Criticism of Biden 646 Times Between 2020 ad 2022, was first published on .

A new report by the Media Research Center finds that Big Tech engaged in more than 600 cases of censorship of Internet postings that made Joe Biden look bad that were published by high profile politicians, media outlets and political groups between 2020 and 2022.

Of course, we know that the 646 cases the MRC tracked are a pittance compared to the literal millions of conservative and Republican voters that Big Tech canceled, deleted, suspended, locked down, and eliminated in that same time period. But this study looked at more high-profile people and organizations whose free political speech that Big Tech violated.

The most important area of Biden censorship showed how Big Tech companies were willing to quash breaking news stories about his son’s alleged scandals.

The New York Post released a story on Oct. 14, 2020, that cited emails from Hunter’s laptop reportedly documenting his family’s corrupt dealings in Ukraine, two and a half weeks before Election Day. Platforms like Facebook and Twitter went berserk and to great lengths to silence the Post, censor any account that dared share the newspaper’s reporting and discard the story entirely.

A 2020 MRC poll found that 45 percent of Biden’s voters weren’t fully aware of the Post story precisely because the media and Big Tech tried to whitewash it. “Full awareness” would have led 9.4 percent of Biden voters to abandon him, flipping all six of the swing states he won to Trump.

“Twitter was the most aggressive censor when it came to the Biden laptop story. CensorTrack entries show that users could not tweet the story or pictures of the Post story,” the MRC added.

The MRC’s study had many more examples of Big Tech’s acts of running interference to hide stories questioning Biden and the Democrats in order to help him get elected and stay unquestioned in office.

Big Tech is clearly working directly for the Democrat Party.

They are criminals blocking America’s free speech and hiding lawbreaking by Democrats so that voters cannot learn of the information.