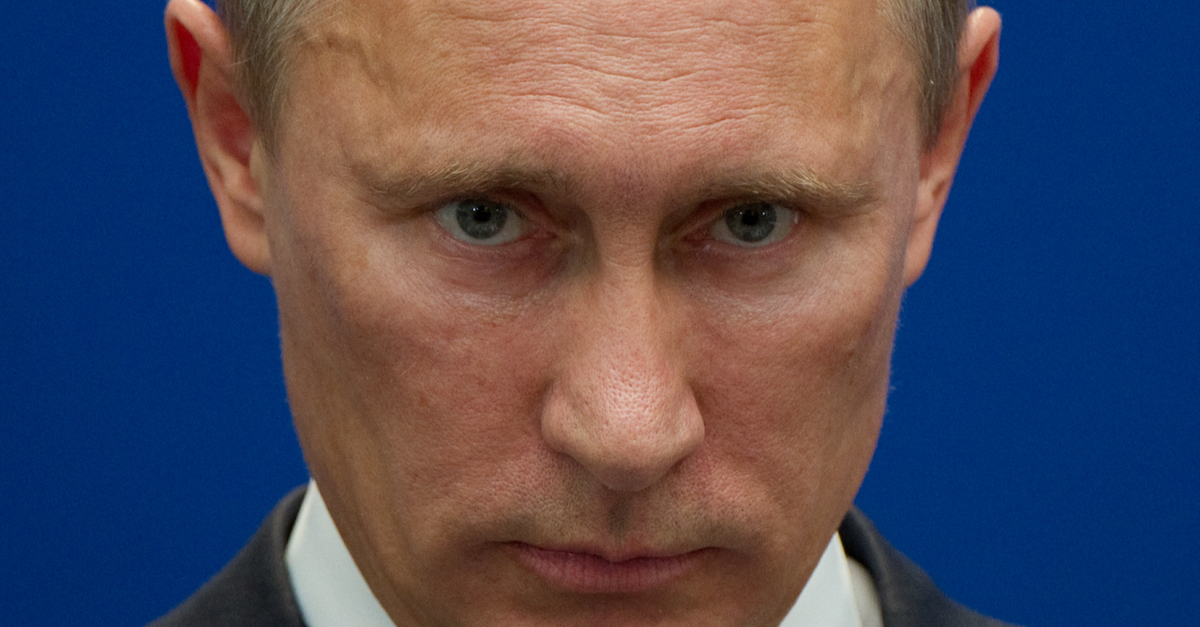 The following article, Putin Personally Threatens to Nuke The West Over Ukraine Interference, was first published on Flag And Cross.

Vladimir Putin appears to have a death wish.  Or, at the very least, his worldview has turned fatalist, as he continues to triple-dog-dare the world over his failing invasion of Ukraine.

For weeks now, Putin has suggested that any direct interference by NATO or the west would result in something drastic and despicable happening.

On Wednesday, those threats were reiterated and clarified, as the Moscow Madman issued a wild new statement.

Speaking to lawmakers he said: “If someone intends to interfere in what is going on from the outside they must know that constitutes an unacceptable strategic threat to Russia.

“They must know that our response to counterstrikes will be lightning fast. Fast.

It didn’t take much to read between the lines.

Mad Vlad appears to be referring to his six superweapons including Russia’s deadly Sarmat missile,  dubbed “Satan 2” that was launched last week.

The missile can fly 11,000 miles, carry 15 warheads and has the potential to destroy an area the size of France.

The tyrant continued by saying Kremlin “can’t allow an anti-Russia to be created on Russia’s historical territory” and added that Ukraine was “pushed” to attack Crimea and Donbas.

While Putin is already very much in a position where his political survival is unlikely, the use of a nuclear weapon, in Ukraine or elsewhere, is career suicide for the Russian tyrant.