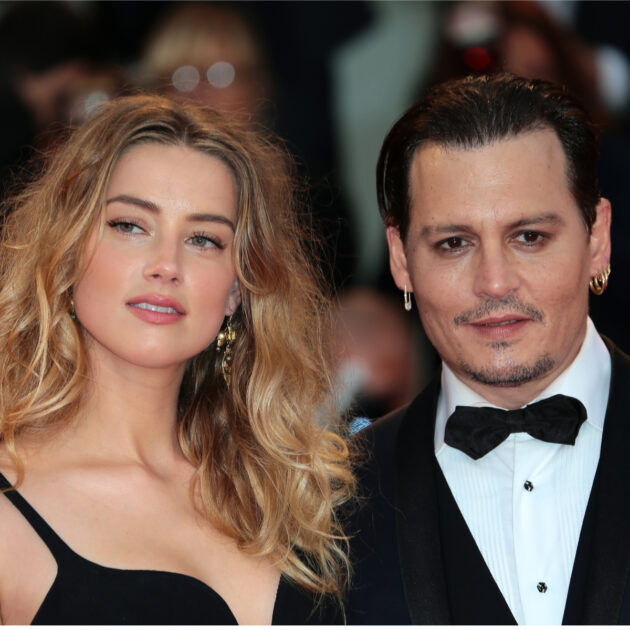 The following article, Johnny Depp Says Ex-Wife ‘as Full of S*** as a Christmas Goose’ After Admitting He’s ‘So Very Sad’, was first published on Flag And Cross.

Actor Johnny Depp’s defamation lawsuit against ex-wife Amber Heard continued Monday, and Depp returned to the stand for possibly the final time during the trial.

According to the New York Post, Depp began his testimony Tuesday in Fairfax County Circuit Court in Fairfax, Virginia, and Monday was “likely to be his last day.”

In a text read in court Monday, Depp told his doctor that Heard was “as full of s*** as a Christmas goose.” The text came after a 2015 fight between Depp and Heard in Australia.

“Here’s the real deal mate…her obsession with herself is far more important,” the actor wrote to Dr. David Kipper of Beverly Hills, California, according to the U.K.’s Daily Mail. “She is so f***ing ambitious!!!! She’s so desperate for success and fame.

“That’s probably why I was acquired, mate. She has hammered me with what a sad old man has been I am. I’m so very sad.”

According to the U.K.’s Independent, that fight seven years ago has become an important cornerstone of the trial. Depp said he was “probably the closest I’ve ever been” to a nervous breakdown when the altercation occurred.

He also recounted in chilling detail the moment Heard allegedly severed a portion of his finger with a broken vodka bottle. Depp said his finger looked “like Vesuvius” and that he wrote on the walls with his blood.

Depp’s lawsuit stems from a 2018 opinion piece Heard wrote for The Washington Post about the physical and sexual abuse she said she had suffered. While the article did not mention Depp by name, he said he had no doubt it was referring to him.

“Reading the words that she had written about what was obviously referring to our relationship it was obviously relating to me, two years ago, it all matched up so it was clearly about me,” Depp said, according to the Independent.

He said he “did not disagree” with portions of the article in which Heard described the difficulties many women have faced in Hollywood. But he denied ever abusing her and said he “felt ill” when he read the accusations.

“I was very confused, I was very hurt because as I said before when you’re in a relationship and you do give your intimate truths to that person … then they start to use all that information and stretch it out into something that is completely shocking because it just didn’t happen,” Depp testified.

“So I felt that it was incredibly cruel, and treachery,” he said. “I don’t know if she wanted me to just be erased, or drop dead, or just let me stick around and allow her to ruin my life for a while and go out of her way to shame me and hurt my kids and hurt people who I have known for many many years.”

In his lawsuit, the actor alleged Heard lied about Depp abusing her and in fact abused him herself multiple times, Business Insider reported. She denied those allegations and alleged in a countersuit Depp abused her more than once during the relationship.

While some of Depp’s testimony seemed convincing, there was also evidence that reflected poorly on him. Heard’s defense teams played recordings Monday in which he called Heard multiple expletives, and she recalled a time when Depp “beat the s***” out of her in one recording, the New York Post reported.

All of the evidence from the trial paints a picture of a vindictive relationship utterly lacking love and forgiveness. The numerous altercations recalled throughout the trial show a couple acting in direct opposition to the way the Lord calls us to act.

The Bible tells us to resolve conflict peacefully with one another, and it explicitly condemns escalating conflict by fighting fire with fire.

“Repay no one evil for evil, but give thought to do what is honorable in the sight of all,” Romans 12:17 says.

This is especially true for marriage, which God defines as a man and a woman joining together in their pursuit of him.

No one is perfect, and every married couple will likely get into arguments in which they say things they should not. However, Depp and Heard seemed to make a habit of insulting one another and escalating conflict.

No matter who is ultimately to blame, both people have certainly suffered deep pain from this saga. Depp also has lost multiple professional opportunities, while Heard has mostly avoided that consequence.

All of this could have been avoided if the couple had followed God’s commands for marriage.

Sadly, this case is one example of the many unhealthy marriages common both in Hollywood and around the country.

Continue reading: Johnny Depp Says Ex-Wife ‘as Full of S*** as a Christmas Goose’ After Admitting He’s ‘So Very Sad’ ...