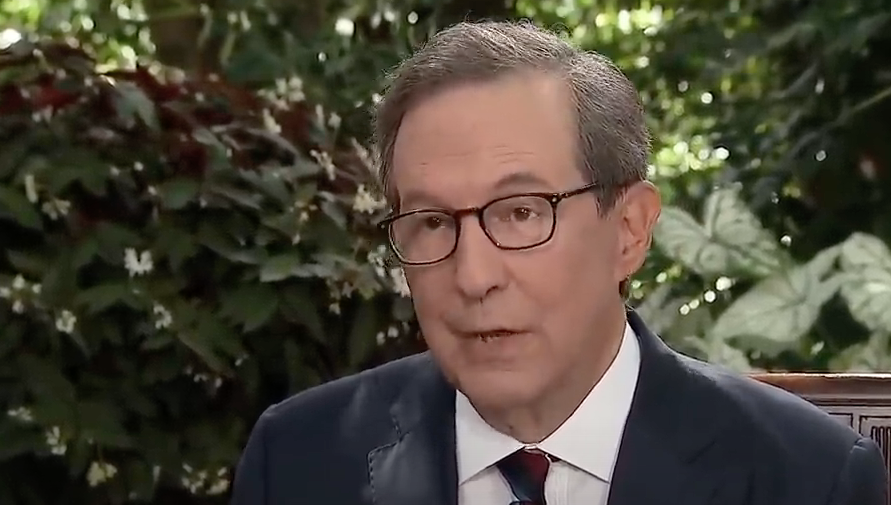 The following article, ‘I’ve Been a Victim’: Chris Wallace Says He’s in ‘Good Shape’ After CNN+ Epic Failure, was first published on Flag And Cross.

With the fast collapse of CNN+, the streaming service that launched at the end of March, CNN anchor Chris Wallace has finally broken his silence on the issue.

Wallace left his longtime position at Fox News for a new job with CNN and a slot hosting on CNN+. But now that the streaming service has folded, Wallace said doesn’t know where his career is headed, The Hill reported.

However, Wallace did say that he is in “good shape whether it’s at CNN or someplace else,” Mediaite reported.

Wallace was speaking Sunday at a live-streamed meeting of a New York City-area group called the Common Ground Committee, which aims to promote “public discourse.” Joining Wallace on the panel was Jonathan Karl, chief Washington correspondent of ABC News.

The event was moderated by former CBS News correspondent Jacqueline Adams, with the topic “Media, Politics, and Polarization.” About 20 minutes into the forum, she put the question of the future of news streaming services directly to Wallace.

“Chris, the proverbial elephant in the room is the surprising announcement that CNN+ is shutting down at the end of this week. How should news consumers react,” she asked.

“Are there already enough choices for news sources out there and are the days of streaming already over?”

“Wow that was quick,” Wallace answered. “It’s an interesting thing and I’ve been a victim of all of this in the last week.”

CNN+ launched on March 29, but after just a month, CNN’s parent company, Warner Bros. Discovery, announced last week it will be shut down on April 30.

“When I came over to CNN+, there were some very smart people … who were saying that the future of cable news was in great jeopardy because of that fact that you’re seeing people unbundle. They’re not getting these bid, getting these big, expensive 50-channel cable deals anymore …

“This was just a wave of the future and the idea was you’ve got to get a foothold in the streaming world because that’s where the future of news off the mainstream networks is going to be.

“Now you have some equally smart people that have come in with a diametrically opposed view. These are the new bosses at CNN+ — Warner Bros. Discovery — who’ve come to the conclusion that to have a narrow, niche product like a news streaming service doesn’t work.

“I have absolutely no idea which is right and wrong, but the Discovery people are in charge and so they made the decision,” Wallace said.

The relaxed view Wallace presented Sunday was in contrast to reports of how he handled the collapse of CNN+ while it was still going on.

As the daily news about CNN+ kept getting worse, Wallace reportedly indulged in “daily breakdowns” and had his staff monitor how often promotions for his show were played.

At Sunday’s event, Wallace also noted how quickly the media landscape had changed, especially in light of the Netflix announcement last week that it had lost 200,000 subscribers in the first quarter of the year, leading its stock to plummet by 35 percent, as CNBC reported.

“Two weeks ago, streaming was king,” he said. “Now, we’ve had the decision on CNN+. The bad forecast about subscribers at Netflix. And suddenly, streaming is in ICU on life support.”

Wallace was anchoring the interview show “Who’s Talking to Chris Wallace?” on the streaming service.

Wallace told Adams he wasn’t worried about himself, but said he was concerned about all the employees of CNN+ who have found themselves out of a job thanks to the streaming service’s inability to prove it could be successful in a competitive media market.

“I am going to be fine. I’m in good shape, whether it’s at CNN or someplace else. Frankly, what I’m mostly concerned about right now – and very – is my team and hundreds of other people,” Wallace said.

“There were 300 people, I think, that had jobs at CNN+. Some of them had left CNN to go to streaming. Some of them had left other places, moved across the country. And so I think you’re seeing a lot of the anchors at CNN+ doing everything they can to protect the people that were working on their team,” he added.