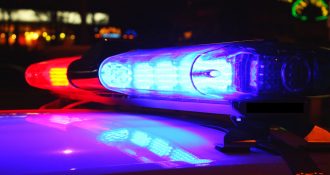 The following article, Deaths of Police Officers Soar Under Biden, was first published on .

Police are dying at an accelerated rate in the era of Biden, according to FBI statistics.

“Violence against law enforcement in this country is one of the biggest phenomena that I think doesn’t get enough attention,” FBI Director Christopher Wray told CBS 60 Minutes host Scott Pelley. “Last year, officers were being killed at a rate of almost one every five days.”

In 2021 there were 73 officers killed, it was a 59 percent increase in murders of police officers.

Wray added that more police officers were directly targeted or ambushed while on patrol than ever before.

“Wearing the badge shouldn’t make you a target,” Wray said.

During the campaign for president, Biden said that police officers were “systemically racist.”

“We all need to take a hard look at the culture that allows for these senseless tragedies to keep happening,” Biden said, after taking a knee with activists protesting the death of George Floyd in June 2020.

In 2021, Biden accused the police of creating division and said that the police contributed to a “deep sense of distrust towards law enforcement.”

But sensing that public opinion has begun turning against the Black Lives Matter movement and defund the police insanity, Biden recently began to make noise as if he supports the police. In March, during his State of the Union speech, he added that we need to “fund” the police. “Fund them. Fund them. Fund them with resources and training,” he exclaimed.