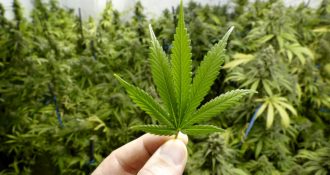 The following article, Now Democrats are Saying the Word ‘Marijuana’ is ‘Racist’, was first published on .

In the never ending liberal game of “guess what’s racist today,” Democrats in Washington State are now saying that the word “marijuana” is “racist.”

Washington Democrats are now demanding that the legislature comb through its laws, rules, and statutes to eliminate the word “marijuana” because it somehow now means “black people.”

“The term ‘marijuana’ itself is pejorative and racist,” bill sponsor Washington state Democrat Rep. Melanie Morgan, said during testimony for the bill last year. Morgan then tried to prove her case by bringing up the Spanish origins of the word.

She insisted that marijuana use became more popular, “it was negatively associated with Mexican immigrants.” The state lawmaker claimed it is “racist terminology” and was used “to lock up black and brown people.”

Some pot companies in the state agree because the word does have a long history in the U.S. of being connected to criminality, KIRO-TV reported.

One legal pot grower, Joy Hollingsworth, said that the word is “traumatic” for black people because so many had been arrested for illegal use of the drug.

“We have a lot of people, especially in the black community that went to prison over cannabis for years. That were locked up, separated from their nuclear family, which is huge,” Hollingsworth said, adding the word “triggers” black people. “It’s really painful for people to hear that word and it triggers them.”