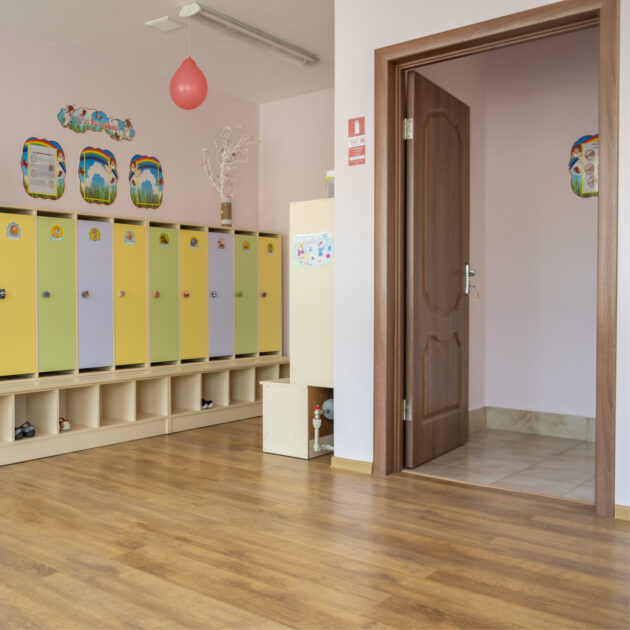 Activist teachers understand how painful it can be for students whose parents won’t allow them to dress as the gender they identify as. And they’ve come up with a solution — “secret gender transition closets.”

Unbeknownst to their unenlightened parents, a student can arrive at school, enter a transition closet, which is equipped with a wide variety of gender appropriate clothing and accessories, and walk out dressed anyway he or she wishes. Obviously, before they return home to their parents, the student goes back into the closet to change into his or her original clothes. And no one is the wiser.

The closets, first introduced at colleges, are now cropping up in public high schools and middle schools, according to a report in The Epoch Times.

Appalling as this concept is at the college level, the existence of these closets in high schools and especially in middle schools is even more inappropriate. The teachers are working to bypass the student’s parents.

The Post Millennial reports that the first transition closet was set up at the Good Shepard Lutheran Church, which is located in Fayetteville, Arkansas. It was “designed to let trans-identified youth circumvent their parents and socially transition without their knowledge.”

The post quoted Oakland, California, high school teacher Thomas Martin-Edwards, a transgender and founder of the “Queer Teacher Fellowship.” Martin-Edwards said, “The goal of the transition closet is for our students to wear the clothes that their parents approve of, come to school and then swap out into the clothes that fit who they truly are.”

Martin-Edwards, whom the report says previously served as the Assistant Principal of the San Ramon Valley Unified School District, compared the transition closet to Superman turning into Clark Kent in a phone booth. “And I use the idea that this is like Superman changing in a phone booth. But that idea actually goes a lot further than that. Because Superman isn’t Clark Kent. Clark Kent is actually the disguise. And when Clark Kent goes into the phone booth, he transforms into Superman, who is really just who he truly is, Kal-El. So this gives our trans students the opportunity to be the superheroes that we know they are.”

Amare Roush, founder of The Transition Closet, told The Epoch Times she supports keeping parents in the dark about transition closets to prevent the students from being abused by parents who oppose their child’s transitioning. She said, “We do provide a safe space for kids whose parents are not accepting because it’s known to help lower the suicide rate.”

“These kids are going to do it anyway,” she said. “We just want a way to provide them with a way to do it safely to where they’re not wearing clothes that are too small for them, or doing so in a way that’s going to get them hurt by their parents.”

PJ Media’s Megan Fox wrote about a new transition closet at a Denver, Colorado, middle school in March. In a now-deleted post on the school’s Facebook page, it said, “Our school, DSST Conservatory Green Middle School, is creating a closet for our trans students to be able to access clothing reflecting their gender identity.”

Fox tried to obtain information from the school via the Freedom of Information Act. She was told it would cost her $1,650 because they estimated it would take 55 hours at $30 per hour to fulfill her request. She asked if the school had notified parents that a transition closet was being set up and for any emails about its planning. She writes that this “absurd amount of money is calculated to keep parents from being able to discover what this publicly funded school is doing with the children in their care.”

Fox opened a GoFundMe account to raise the money, but so far, she’s only collected $160.

The ideas from the far left are growing more radical by the day. Even many liberals are finding them harder to defend.

The doxing of the woman behind the Libs of TikTok Twitter account last week showed that, when presented with the reality of the Democrats’ sharp left turn, even liberals are embarrassed. Their ideas have become so ridiculous, they can’t, in any serious way, be defended.

For years, Republicans have been taking it on the chin. Most have been afraid to respond to Democrats in kind. Former President Donald Trump wasn’t, and Florida Gov. Ron DeSantis isn’t. We need to be following their lead.

DeSantis has given us a blueprint for how to fight back. In consequences. In dollars and cents. In humiliation. And at the ballot box.

Democrats and their extremist ideas are going to be repudiated in November like never before.

It will be fun to watch.