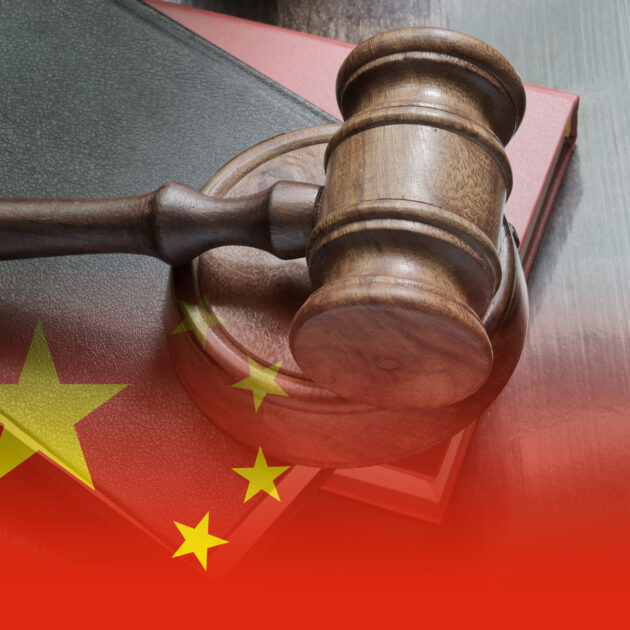 The Ningbo Intermediate People’s Court sentenced an American citizen to death Thursday over the 2021 stabbing death of a woman described as his former girlfriend.

Shadeed Abdulmateen had taught English at Ningbo University of Technology, according to the South China Morning Post.

Abdulmateen, of Los Angeles, had told the woman, whose name was only given as Chen, that he was divorced when he was not, state broadcaster CCTV said.

Chen, the female victim, died last year at the age of 21. pic.twitter.com/eFTts8x1QU

The two met in 2019 and soon became involved in a relationship.

“Starting in May 2021, Chen said several times that she wanted a break-up, but she was always refused and verbally threatened by the man,” the Global Times reported.

According to the court, Abdulmateen met Chen, 21, at a bus stop in Ningbo, Zhejiang province in June 2021

He then killed her with a “folding knife,” the court ruled.

Abdulmateen’s “premeditated revenge killing, stabbing and cutting Chen’s face and neck several times, resulting in Chen’s death, was motivated by vile motives, resolute intent and cruel means, and the circumstances of the crime were particularly bad and the consequences particularly serious, and should be punished according to law,” CCTV reported, according to CNN.

#US citizen Shadeed Abdulmateen was sentenced to death by a court in the eastern #China city of #Ningbo for the intentional (also brutal) homicide of a 21-year-old female college student. pic.twitter.com/vEbfLrd7Is

A spokesman for the United States Embassy in Beijing said it was aware of a court ruling, but said that due to privacy issues, all it would say was that it was “monitoring the situation.”

According to the South China Morning Post, some had been upset after the killing that the suspect might be given leniency because he was not a Chinese citizen.

no matter who he is,no matter where he comes from,the criminal shall not be tolerated.u guys do the right thing ,i’m on your side.

Hu Xijin, a former editor-in-chief of state-run Global Times, said a foreign identity cannot be used by criminals as a “protective umbrella for them to escape punishment”.

China’s criminal law does not give foreigners any different legal status than Chinese citizens.

Although exact figures are lacking, China is believed to be the world’s leader in executing criminals, according to CNN.