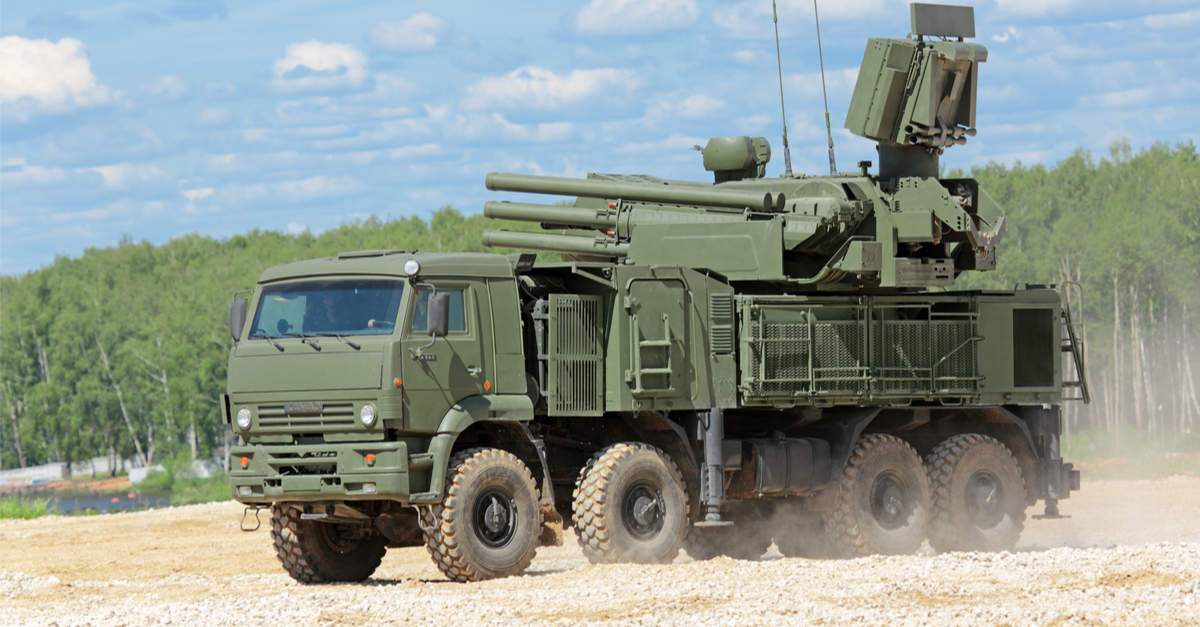 The occasion was Earth Day. During remarks from Seward Park in Seattle, Washington, on Friday, President Joe Biden said the U.S. is spending billions of dollars to make “EVERY vehicle in the United States military … climate friendly.”

I guess Defense Secretary Lloyd Austin was serious last year when he told Americans that climate change represented the most serious existential threat we face.

BIDEN: “EVERY vehicle in the United States military, every vehicle, is going to be climate friendly.” pic.twitter.com/0fcnMKoOf0

Aside from the fact that there aren’t many charging stations in the Iraqi desert or the mountains of Afghanistan, the idea is insane on its face. What tiny fraction of emissions come from military vehicles, anyway?

Does this administration have any interest in actually winning wars, or do they just want accolades from the far left? Clearly, it’s the latter.

I am assuming by “climate friendly,” Biden means electric vehicle technology. While this technology has come a long way since it was first introduced, is it reliable and useful in urgent, high-demand military situations? Imagine a convoy that needs to refuel halfway to its objective; with internal combustion engines it’s largely a matter of how fast you can fill the tank, but with electric vehicle batteries, this could stretch into hours.

The purpose of military vehicles is to facilitate the ability of our troops to maximize enemy casualties while keeping themselves as safe as possible. These vehicles need to be powerful, reliable, fast and able to withstand enemy strikes. The climate-friendliness of the tank should not even be a consideration.

Even if he didn’t mean EVs, military vehicles are not what you want outfitted with anemic “climate friendly” engines. Remember, they are pushing around tons of armor plating, equipment and weaponry. These vehicles also need to be speedy while doing all of this.

The truth is that “the billions” the government will direct toward the production of climate-friendly military vehicles would be more effectively spent on adding ships to the Navy’s fleet or additional airplanes to deter the threat from China, whose military is surpassing ours.

But our foolish president considers climate change to be the greater danger, calling it “this moment of maximum threat and urgency.”

Biden told the crowd, “You know, my view of this crisis, as I said, is a genuine opportunity, an opportunity to do things we wanted to do and only now become so apparent,” according to Fox News.

“The transition,” he said, is “going to matter.”

“We’re spending billions of dollars to do it,” he added.

Chuckling, the president said, “I’m an automobile buff. I have a ’68 Corvette that does nothing but pollute the air. But I don’t drive it very much.” This was a reference to his 1967 Corvette Stingray, as per The New York Post.

“You know that we know that we carry in heart and mind the image of the ideal place, the right place, the one true home. I just think this is the beginning of a new day and we’re going to just have to overtake the opposition.”

The world is in crisis. The U.S. is in crisis. With hundreds of thousands of illegals pouring our open southern border, the surging crime in our cities, record inflation and Russian President Vladimir Putin threatening to launch a nuclear bomb, Democrats remain focused on the least-pressing issue of the day: climate change.

If only they cared about U.S. national security as much as they care about crushing Republicans.

Pretty soon, the U.S. will have the wokest military in the world. Too bad we’ll all be speaking Mandarin.

Just when you come to believe the DemoSocialists can’t do any more to ruin our military, they come up with new and even more outlandish ways to destroy it.
China must be paying well!

What a complete idiot!!! Impeach the stupid SOB!!!

Ok now,?? an electric tank? He is out of his mind. Oops we already know this. Impeach him.