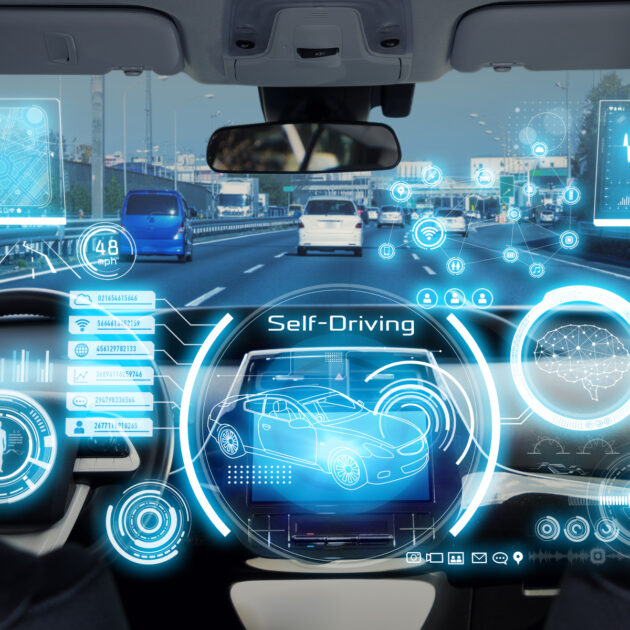 The following article, Cop Pulls Over Car, Realizes Reason for Odd Behavior When He Finally Looks Inside, was first published on Flag And Cross.

When you think of a police chase in San Francisco, flashes of iconic movies come to mind. “Bullitt.” “The Dead Pool.” “The Rock.”

The most prominent San Francisco-based car chase in 2022, however, was a bit more sedate — and it had a lot more to do with Silicon Valley than with Hollywood.

According to the San Francisco Chronicle, a police officer went viral earlier in April after he pulled over a car on the streets of the city — and found no one inside.

That’s because it was a self-driving car, autonomously controlled by a company called Cruise.

(Tech has serious implications for every part of our lives going forward — including driving on the highway. And yet, Big Tech loves to downplay the risks. Here at The Western Journal, we believe society needs to be cautious and we’ll point out the potential pitfalls in Big Tech’s plan. You can help support our tech news and analysis by subscribing.)

The car, a Chevy Bolt, was originally stopped because it didn’t have its headlights on. After the first brief stop, when the police officer first approached it and found it driverless, the car pulled away, crossed an intersection and pulled up in front of a Chinese restaurant. The police car followed and pulled up behind the vehicle, lights flashing.

The company said the car moved away because it was going “to the nearest safe location for the traffic stop as intended.”

“Ain’t nobody in it; this is crazy,” one of the officers in the video can be heard saying.

Cop in San Francisco pulls over a car. Cop goes to drivers door to speak to driver. But there is no driver as it’s a driverless car! Car then drives itself away. Cops give chase. Surreal. pic.twitter.com/h6qjIjphj5

In the video, three officers could be seen moving around the vehicle, trying to get inside and shining flashlights in to determine where the driver was — if there was a driver.

The officers ended up calling Cruise, which took the car off of autonomous control and put it on remote control so they could drive it.

No ticket was issued.

“Experts said the incident showed that autonomous-car companies still have a way to go in figuring out human-robot interactions — although some shortfalls could have been remedied with basic common sense,” the Chronicle reported.

“Situations like this are bound to be more common now that both Cruise, a spin-off from General Motors, and Waymo, the self-driving unit of Google parent Alphabet, are operating autonomous cars on California public roads with no one behind the wheel.”

The two companies offer autonomously controlled taxi rides for employees and a select group of individuals.

One of the issues is a lack of training; if officers haven’t read the 24-page manual Cruise has put out or watched its 19-minute instructional video, they have no easy way of contacting someone with the company.

There wasn’t any information on this car, for example, detailing how to reach someone on the tech support team should there be a problem with the car.

“The police shouldn’t have had to poke around to figure it out,” said Wendy Ju, who’s a professor of information science at Jacobs Technion-Cornell Institute at Cornell Tech in New York. (She’s also done consulting work for Cruise, given her expertise.)

Google’s Waymo, which has tested its taxi operations in Phoenix for years, says that it has come up with a way to handle situations like this.

A team is remotely notified “if a vehicle is stopped by police and will promptly roll down windows and communicate with the officer through the audio system in the car,” a Waymo spokesman said.

Cruise, meanwhile, said its cars can identify the lights and sirens of emergency vehicles. In this case, the car stopped in its lane. Remote operators told the vehicle it needed to pull over for the police officer, “at which point the AV identified the nearest safe pullover spot across the intersection.”

A tablet in the center console then displays a message: “First responders should contact Cruise at 888-662-7103.” It’s unclear why the police officers in this case couldn’t read it.

Cruise also said the headlight problem was a human error, not the fault of the autonomous vehicle tech.

However, one Twitter user noted this painted a bleak picture of the future:

Next Episode will be Robocop chasing Robocar

Perhaps it will be. After all, we don’t know where autonomous vehicle tech will go or how quickly it will be deployed.

One thing’s for sure, though: This sure as heck wasn’t any “Bullitt.”

Continue reading: Cop Pulls Over Car, Realizes Reason for Odd Behavior When He Finally Looks Inside ...

So did he write the vehicle itself the ticket? ROFL.