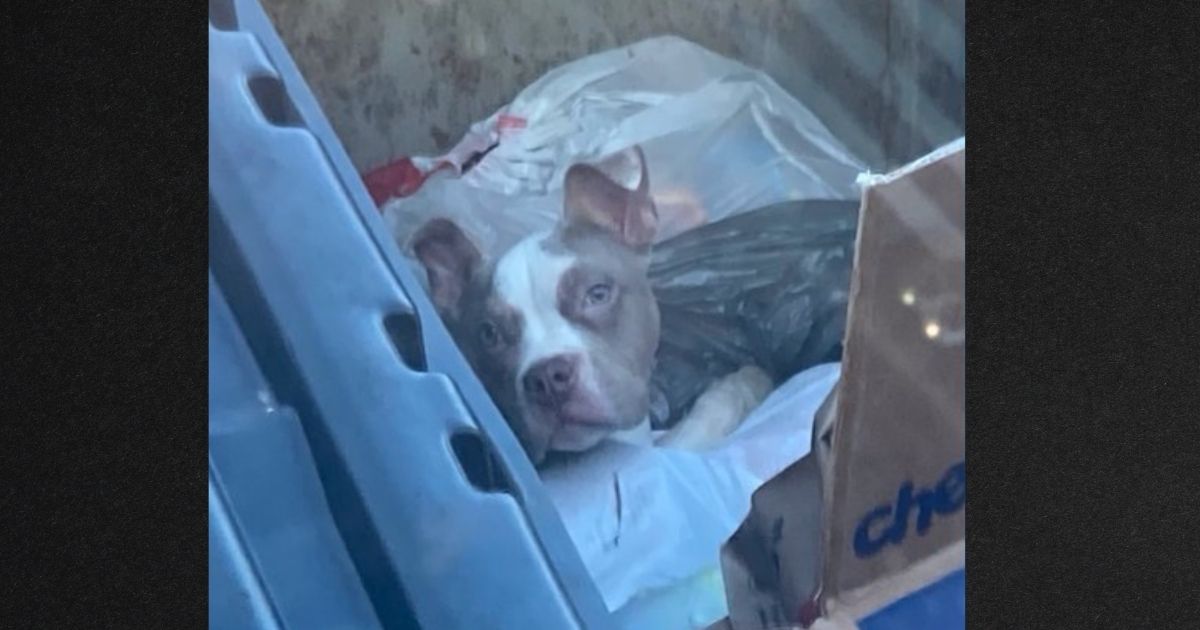 Dogs can find themselves in some pretty precarious situations, thanks to their curiosity and agility, but one person recently found a dog in a situation that would have been difficult for it to get itself into.

Dave Carlson, who works for the Division of Refuse with the Columbus, Ohio, Department of Public Service, was just going about his normal duties last week when he spotted something that made him do a double-take.

Carlson had been servicing the dumpsters at an apartment complex when a face popped up from beneath the trash in one of the dumpsters.

“Last week one of our division of Refuse operators Dave Carlson from our Georgesville Road station was servicing dumpsters in an apartment complex on the East Side and noticed a puppy in the dumpster struggling to get out from under the trash,” the Columbus Department of Public Service tweeted.

Many have reached out and asked about the status of our friend. He is currently at the @FranklinCoDog shelter. His ID# is 159347 https://t.co/VQI5IGY5Q6

“Mr. Carlson immediately contacted Refuse Collection Supervisor Logan Sieg to inform him of the situation. Mr. Sieg immediately responded to the complex, where he entered the dumpster to dig the puppy out and rescue it.

“Franklin County Dog Shelter was contacted and advised to respond to the Alum Creek Station, where the puppy was taken for safety.

“While waiting for Franklin County, the puppy was given water and peanut butter crackers and the opportunity to explore our station. We have been advised that the puppy is doing great, and should be joining a new family through adoption soon.”

After the pup’s story went public, many have expressed interest in giving him a home — so much so, that public service tweeted an update to direct interested parties to the shelter.

Plenty of commenters also wrote in that they don’t see how the dog could’ve gotten into the dumpster by itself, and that it had clearly been dumped there by someone who was no longer willing to care for it.

“I wish they could check cameras around the area to catch who did this horrible act of animal abuse!” one person wrote.

“Catch the person throw them in jail for cruelty to this poor dog!!!”

“Last week, a cat was removed from one of the East Side Apartments where I live,” another added.

“The previous renters left it inside the Apartment and moved.”

While there’s no word on whether a suspect is being identified, at least the puppy has been rescued and put in much more capable hands. Soon he’ll be a part of a new, loving family.