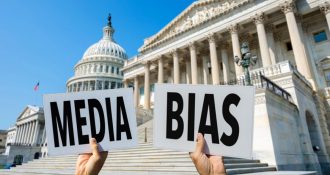 The following article, Hypocrite Wash. Post Reporter Doxxes Conservative Days after Wining that She was Attacked by Internet Trolls, was first published on .

Only two weeks ago, Washington Post reporter Taylor Lorenz became the darling of the left after literally crying on TV when she felt threatened by people attacking her on social media. But only days afterward she led the Internet in the most hypocritical act imaginable.

Early this month, Lorenz went on TV to accuse MSNBC of “royally” effing up a story about her that had the effect of setting her up as a target of harassment online.

It’s mostly her own fault, granted. The whole mess started last year when she accused Silicon Valley investor Marc Andreessen of calling someone a “retard.” The woke crowd no longer allows the use of that word, so Lorenz attacked Andreessen for using it. But, in fact, he did not use the word. It was another person with whom Andreessen was speaking who said “R-word” (and in that case he meant “revolution,” not “retard”).

Lorenz, though, jumped on “r-word” and began attacking Andreessen over it. But her “reporting” was riddled with factual errors. It was such a baseless, low attack that liberal journalist Glenn Greenwald called Lorenz a “journalistic tattletale.”

Lorenz later compounded the problem during an interview with MSNBC early this month in which she actually broke out in tears and claimed to have “PTSD” over the attacks she suffered since her failed attempt to throw shade at Andreessen. She even said she contemplated suicide over the harassment, the New York Post reported.

Lorenz also jumped to Twitter to accuse the media of inflaming people with sensationalism, writing, “If your segment or story on ‘online harassment’ leads to even worse online harassment for you subjects, you f*cked up royally and should learn how to cover these things properly before ever talking about them again.”

But if that is her standard, Lorenz violated it herself when she turned around only days later with an expose-styled story at the Washington Post revealing the personal information about the woman behind the popular conservative Twitter account “Libs of TikTok.”

I wrote abt the account, the woman behind it, and why it matters

If you are unfamiliar with Libs of TikTok, it is a Twitter feed that simply copies and curates outrageous things leftists say on TiTok, Twitter, and other social media sites. The woman running Libs of TikTok also usually lets what the left is saying carry a tweet and does not add a lot of commentary of her own. She just lets the left-wing content do the talking.

To research her story, Lorenz not only published names, addresses, phone numbers, employers, and home towns, she also showed up at the homes of the Libs of TikTok account holder’s family members to harass them for information on the conservative social media user.

Hi @TaylorLorenz! Which of my relatives did you enjoy harassing the most at their homes yesterday? pic.twitter.com/QehkBSgcmG

The Washington Post later went back into the story Lorenz published and removed some of the personal details of the Libs of TikTok account holder but did not leave an editor’s note to explain to readers that the info had been removed. Naturally, the paper was slagged for the stealth editing, The Blaze reported.

Lorenz kept digging her own hole, too. After she released her story, Lorenz jumped online to whine that she was once again in the sites of online harassers. Libs of TikTok was shocked by the hypocrisy:

She literally showed up at my family members’ homes. The lack of self awareness is incredible https://t.co/GTY2ndGDJI

Lorenz also reportedly took other measures. According to Twitter account TheQuartering, Lorenz even turned off replies to her tweets:

After being brutally ratio'd 49 year old woman Taylor Lorenz has turned off the replies to her tweet sharing her doxxing of the creator of Libs Of Tik Tok.

This is phase one in a 3 phase approach. The next is her claiming to be a victim & the third is profit. pic.twitter.com/YbamBUmBOp

Her scrambling to stop people from speaking out is proof that everyday Americans really can have an impact on current events if only they stand up and speak out.

But this whole incident is indicative of a familiar double standard in journalism. The left-wing, establishment media constantly attacks the right and claims it is committing one outrage or another, but then turns around and commits that same offense itself in pursuit of its liberal agenda.

It would be nice if hypocrite Taylor Lorenz was an outlier in the media. Unfortunately, she is all too typical.