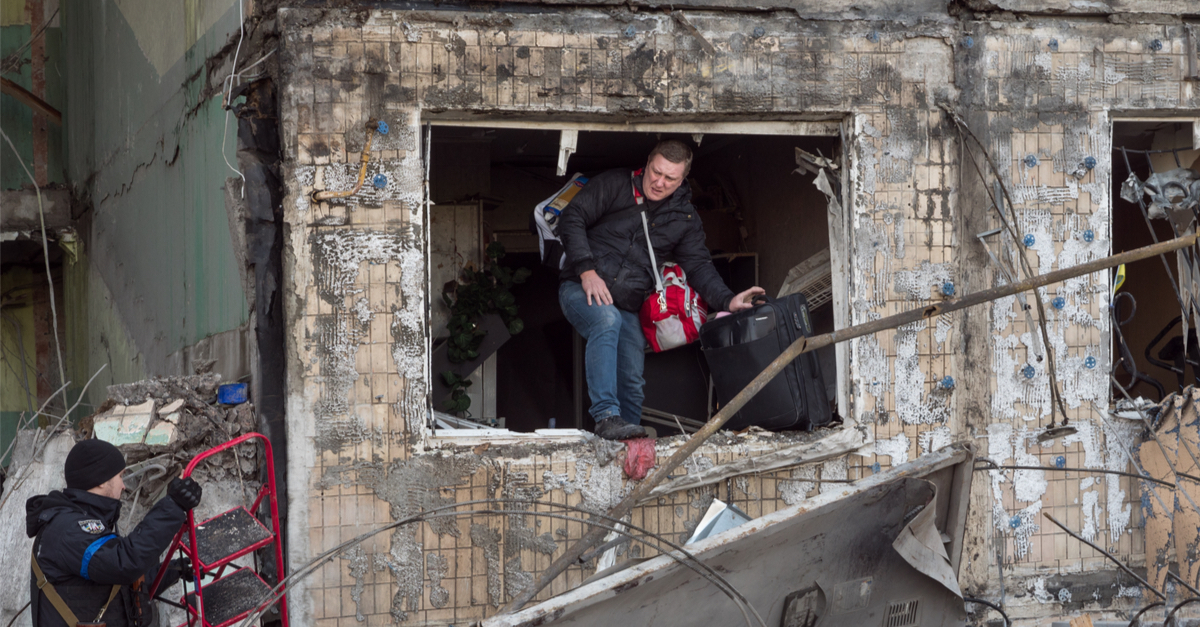 The following article, Russia Refusing Evacuation of Mariupol in Latest Cruel Display, was first published on Flag And Cross.

While many are now talking about the “new phase” of the Russian invasion of Ukraine being characterized by a focus on the southern and eastern parts of the sovereign nation, there is another prominent shift that deserves attention as well:  The Kremlin’s decision to do away with humanity and adopt an ethos of terror.

No longer is Russia playing within the rules of the Geneva Convention, turning instead to daily war crimes and cruelty the likes of which the world hasn’t seen since World War II.

Their latest affront to the civilized world comes from the besieged port city of Mariupol.

A Ukrainian official said Friday that Russia is refusing to allow evacuations from a Mariupol steel plant by “pretending” there is no difference between military surrender and civilian evacuations.

“It’s just that they are trying to lay extra pressure on our military,” she added.

Vladimir Putin has attempted to claim that Mariupol is now under Russian control but, like many of the claims that Russia has made of late, there appears to be very little merit to it.