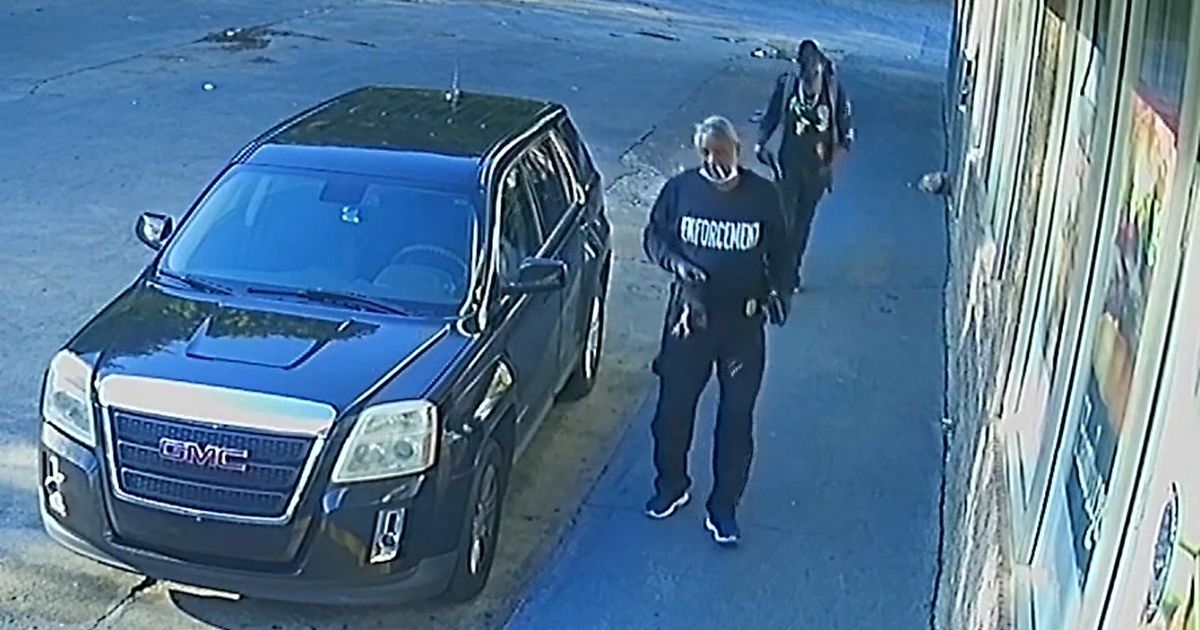 The following article, Jesus’ Parable About Man Left for Dead on a Dangerous Road Comes to Life in Bleak Footage from Atlanta – But Has a Very Different Ending, was first published on Flag And Cross.

America is past the point of solving its problems with political solutions — our nation needs Jesus more than ever.

A security guard was shot and killed after getting out of his SUV at a strip mall in Atlanta on Monday evening.

As disturbing as the brutality of that crime was, the callousness of the people around him who could have helped made it even worse.

Anthony Frazier, 51, exited his vehicle and began walking down the sidewalk next to the American Wings and Seafood restaurant when the suspected gunman came up behind him and shot Frazier point-blank in the back, WAGA-TV reported.

As the man lay bleeding on the sidewalk, the suspect rummaged through Frazier’s pockets before leaving the scene, surveillance video showed.

A witness who had been sitting on the curb simply got up and walked away, shaking his head as he passed the bloody victim.

Then the grim scene got even worse.

Two other men came upon Frazier but made no visible attempt to help him or call the police.

Instead, one of the men stepped over him and appeared to take something from him.

A third person — a woman this time — saw Frazier lying there as she milled around on the sidewalk but did nothing obvious to help.

The three seemed to have some casual interaction but went their separate ways without lifting a finger to help the victim.

What kind of world do we live in when a man bleeding out on a sidewalk in broad daylight draws nothing but curiosity and opportunistic thieves?

This behavior is antithetical to Jesus’s message in the biblical parable of the good Samaritan.

In Luke 10:25-37, Jesus tells the story of a man who was robbed, stripped, beaten and left for dead — similar to Frazier. A priest and a Levite — two men more concerned about being made unclean by touching the victim than they were about helping him — simply walk on without caring for the man.

However, the good Samaritan does something different for his neighbor:

“But a Samaritan, as he journeyed, came to where he was, and when he saw him, he had compassion.

“He went to him and bound up his wounds, pouring on oil and wine. Then he set him on his own animal and brought him to an inn and took care of him.

“And the next day he took out two denarii and gave them to the innkeeper, saying, ‘Take care of him, and whatever more you spend, I will repay you when I come back.’

“Which of these three, do you think, proved to be a neighbor to the man who fell among the robbers?”

He said, “The one who showed him mercy.”

And Jesus said to him, “You go, and do likewise.”

“You go, and do likewise.” Perhaps that most essential part of Christ’s message has fallen on deaf ears in 21st-century America if this Atlanta street is at all indicative of where we are as a nation.

While the killing of this security guard is a serious crime, the conduct of the passersby is a grave offense against God.

Political solutions to brutality and injustice are worthwhile, and discussions about race and poverty have their place.

But what happened to Frazier is the symptom of a serious spiritual problem that won’t be solved until our nation turns back to Jesus.

For more than half a century, God has been banished from schools — and with him went the lesson to love thy neighbor.

Instead, it has been replaced by the secular creed of every man for himself that was on full display with Frazier’s shooting and the aftermath.

According to a report Wednesday from WAGA, someone with a connection to the crime was in police custody, though it was unclear whether it was the suspect or a witness.

However, the God who sees everything was watching and will mete out eternal punishment if these individuals remain unrepentant.

Only Jesus can save poor souls who are so dead inside that they couldn’t be bothered to help their brother who lay bleeding — and the same goes for the nation that allowed them to get this way.

Continue reading: Jesus’ Parable About Man Left for Dead on a Dangerous Road Comes to Life in Bleak Footage from Atlanta – But Has a Very Different Ending ...