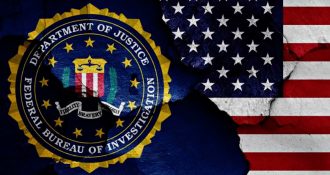 The following article, Did the FBI Steal A Cache of Civil War Gold? They are About to Release Docs that May Prove It, was first published on .

The FBI is being forced by the courts to release their records covering a dig they engaged in that may have unearthed a ton in Civil War era gold — but one they have refused to tell the public about until now.

Back in 2018, a father and son team thought they discovered where a ton of gold that was stolen from the U.S. government in 1863 was buried. They asked for the FBI’s help to secure the find. Instead, the FBI moved in and dug in the area itself without allowing the two to see what they were doing.

Using metal detecting and other scanning devices, the Paradas, a father and son team, thought they had pinpointed the burial site of the Civil War gold in a remote area of western Pennsylvania’s Elk County.

But when they went to get permission from the state to dig, they met major resistance. The pair called the FBI thinking that the federal agency would help them convince local authorities to let them look for their gold.

Instead, keeping with how corrupt the FBI now is, the agency moved in, set up roadblocks to isolate the area, brought in heavy equipment, and dug up the area themselves.

Then they abandoned the site and blithely told the Paradas that there was nothing to see here, and told them to get lost. The agency then spent years refusing to release its records covering the incident.

Well, finally, a federal judge has ordered the FBI to turn over its records to the Paradas, according to Jazz Shaw of HotAir.

Will the Paradas get their answers?

I doubt it. The FBI has already shown that they are not trustworthy, here. Not only have they illegally ignored years of Freedom of Information Act records requests, they are also lying about what records they even have.

A few years ago they said they had 17 video files covering the dig. This year they suddenly said all they have is four. Where did the other 13 video files go? They won’t say.

They won’t say because they are a corrupt, untrustworthy, criminal organization. That’s why.

You can bet they found the gold. Spirited it way to fund their criminal activities. And have now “accidentally” destroyed all the documents proving it.

Continue reading Did the FBI Steal A Cache of Civil War Gold? They are About to Release Docs that May Prove It ...