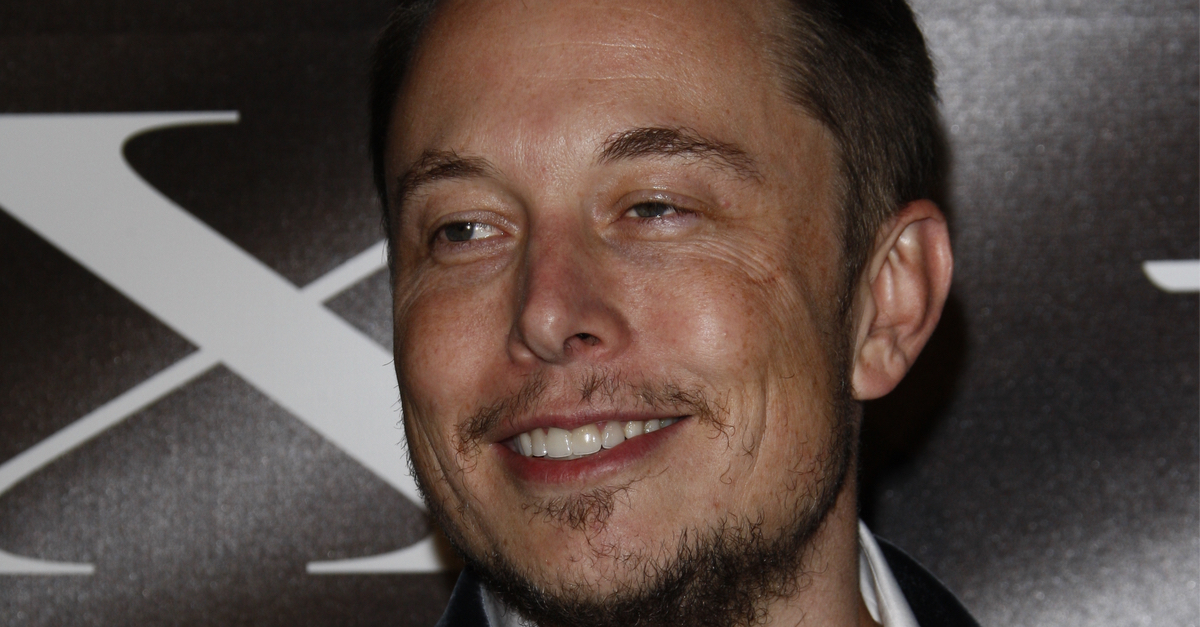 The following article, Breaking: Elon Musk Has Officially Secured Funding to Buy All of Twitter, May Now Commence Tender Offer, was first published on Flag And Cross.

As the battle for Twitter ownership continues, Elon Musk has just announced that he now has commitments for $46.7 billion in financing for a deal to buy Twitter.

Musk originally sought to buy Twitter after buying a 9.2 percent share in the company, which made him the largest stock holder, Fortune reported.

But Musk did not take up Twitter’s offer of a chair on the board because it came with the stipulation that he could not own more than 14.9 percent of Twitter’s stock as long as he sat on the board, CNBC News reported.

However, Musk was outspoken about wanting make big changes to the social media platform, so instead of just sitting on the board with more of a limited say, Musk positioned himself for a hostile takeover of the company.

“I invested in Twitter as I believe in its potential to be the platform for free speech around the globe, and I believe free speech is a societal imperative for a functioning democracy,” Musk wrote in a letter sent to Twitter Chairman Bret Taylor, CNBC News reported.

So, Musk offered to buy Twitter for $43 billion and take the company private because he felt in its current state it can “neither thrive nor serve” free speech.

“As a result, I am offering to buy 100 percent of Twitter for $54.20 per share in cash, a 54 percent premium over the day before I began investing in Twitter and a 38 percent premium over the day before my investment was publicly announced,” he wrote. “My offer is my best and final offer and if it is not accepted, I would need to reconsider my position as a shareholder.”

When Musk went public with his proposed offer to buy Twitter, the biggest question that remained was how exactly he was bankrolling the offer.

But in a new filing, he said he has lined up more than $25 billion in debt commitments from banks such as Morgan Stanley, Bank of America Corp. and other European and Asian banks. About half of the debt commitments are secured by his shares in Tesla, the Wall Street Journal reported.

Musk is then personally committing $21 billion in equity.

One source familiar with the matter told the Journal that he is still considering bringing in an equity partner and has continued to receive interest in the matter.

The new filing outlining the financing also stated that Musk has not yet determined he will make a tender offer for Twitter or whether he will take other steps to further the proposal, CNBC News reported.

Twitter has also not yet responded to Musk’s offer and after this new filing, the company has still not commented.

However, last week the social media giant did adopt a “poison pill” plan, which is a limited duration shareholder rights plan that is an effort to fend off a potential hostile takeover from someone like Musk.

But even with an increased offer from Musk, some predict that Twitter will still reject, the Journal reported.

Sources familiar with the matter, however, told the Journal that the new filing shows an increased offer, and the financing commitments for the deal might make Twitter more open to negotiation.

Musk described his bid as his “best and final offer” and hinted he would sell his large stake in Twitter if it was rejected.