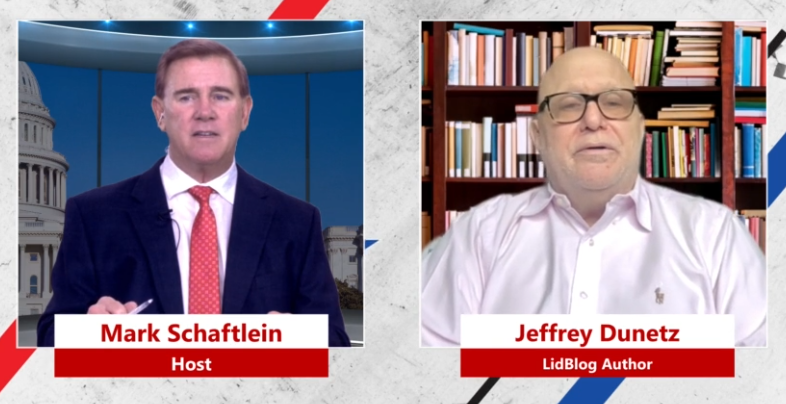 U.S. Increases Weapons to Ukraine | Schaftlein Report
————————-
Guest: Jeffrey Dunetz – LidBlog Author ( LidBlog.com )
Topics:
1) Armor Personnel Carriers, Long Range Artillery and 140,000 rounds of Artillery, Tactical Drones, grenade launchers, helicopters and anti-tank weapons
2) Despite committing and delivering around $3B worth of aid, 54% say Biden is not being tough enough on Russia
*Strangely, I am not in that 54% camp – We could be doing more such as aircrafts and I do believe we should increase economic sanctions beyond where we are now.
3) President Biden stated he will submit an Additional Supplemental funding request to congress next week – It appears to have overwhelming support from both parties
4) Putin declares victory in Mariupol despite Ukrainian troops holding out in steel plant – Russians will surround the plant
*If so, it has effectively been conquered
5) In press conference, Biden states that they will not extend Title 42 at the border – 10 Democratic Senators are pushing to extend
6) CDC asks the Justice Department to Appeal the District Judges ruling on no mask mandates on transportation
7) Disney goes Woke – Gov. DeSantis and Florida lawmakers pushing to end tax breaks for Disney
8) Cook Political Report lists 27 House Democratic Seats rated as Toss up while only 12 Republican seats are Toss up
*House likely to shift to Republican control
9) 4 Democratic held Senate seats in AZ, GA, Nev and NH are at risk of flipping (Kelly, Warnock, Cortez-Mastro and Hassan)
10) In France election, Macron and Le Pen debate Mass Immigration and the Economy – Sounds familiar
11) Existing Housing sales dip for 2nd month in a row down about 4.5% – Higher interest rates and prices to blame
*Rents up 17% year over year